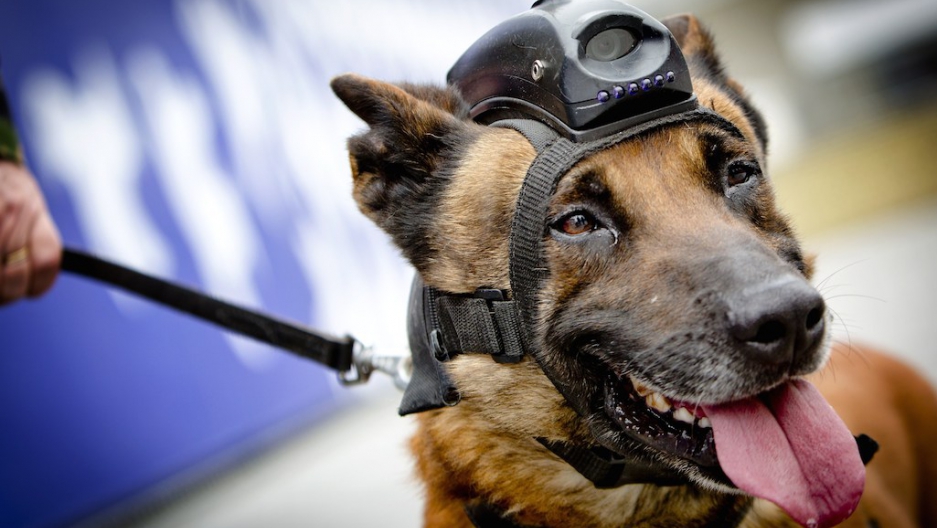 BOSTON — We get it. You need to be distracted from your insignificant existence on this lonely planet. Kim Kardashian and the web were made for each other.

But even for an egocentric subspecies like Homo sapiens sapiens, there’s important stuff happening here. Right now. And you should be paying attention to it.

That’s because these things will affect how you live, how much money you’ll earn and save, and how much leisure time you’ll have to spend analyzing Rob Ford’s next crack-fueled rant or Justin Bieber’s latest deposition video.

This isn’t an exhaustive list, of course. Seven billion people spread across 196.9 million square miles is a lot to ponder.

But the following 11 trends are all global. They’re all happening right now. They’re interconnected. And they’re all shaping where we are headed as a life form.

Think of it as a “grand theory of everything.”

It shouldn’t take the French-accented intellectualism of Thomas Piketty’s Capital in the Twenty-First Century to point out that the world is growing more unequal. The Occupy Wall Street movement, the Arab Spring, violent unrest on the streets of Caracas and other bouts of urban mayhem show that much of humanity is fed up with a “second Gilded Age.”

But when a neo-Marxist professor at the Paris School of Economics rockets to the top of Amazon’s best-seller charts by invoking 19th-century writer Honore de Balzac, while wielding algebraic formulas on growth rates and historic returns on capital, it’s high time to tune in.

Without diminishing the work that went into producing a supernova of economic analysis, the source of Piketty’s sudden fame isn’t much of a surprise to anyone who’s been studying the global economy over the past two decades.

Globalization is having a profound impact on people everywhere, and a freer flow of money, ideas, talent and labor is accelerating the trend. It’s clear globalization doesn’t work out equally for everyone, as scads of gutted factory workers in America’s heartland and the newly minted millionaires in Chengdu, Wuhan and Guangzhou attest.

But by giving inequality greater analytical rigor and cultural cache, Piketty has touched something important in the zeitgeist. The big ideas that underlie his remarkable book are likely to produce significant political, economic and cultural consequences in the United States and around the world.

2. Gray is the new black

Sure, that's a trope used by everyone from housing market economists, to cynical political operatives, to marketers of Viagra and Cialis.

But it also happens to be true.

Our world is getting old. And it’s getting old fast. In the next two decades the number of people above the age of 65 is expected to nearly double, from 600 million to 1.1 billion. That trend has economists worried about what a grayer world means.

First, the obvious: older people cost government budgets more money through programs like Social Security and Medicare. These rising costs will mean either higher taxes for everyone, or fewer benefits and less economic security for a growing percentage of the population. Neither is a comforting thought.

But that’s not all.

Older people are today working later into life, crowding out job opportunities for younger workers who tend to have fewer skills. That, in turn, further worsens economic inequality and damages the economic prospects of future generations.

While each of these places, of course, has its own history and unique political, economic and cultural factors, they all have one thing in common: a desire to fragment into smaller and more independent pieces.

It also applies to individuals with the money, charisma and right organizing tools to create powerful political, religious, economic, technological and other social movements that exist outside of traditional power structures.

This diffusion of centralized power is one of the most powerful — and least understood — undercurrents of globalization.

For good or ill we’re now all living in a more independently minded, and less predictable, world.

4. The privatization of space

Two of the planet’s most celebrated entrepreneurs, Richard Branson and Elon Musk, are both racing into space. They are not alone.

Over the past 20 years private enterprise has taken a larger role in the commercialization of space, touting new ideas like space tourism, asteroid mining, low-earth orbit research and development, and space materials transport, among others.

“The government has to go explore and settle, and entrepreneurs can follow,” John Logsdon, professor emeritus of space policy and international affairs at George Washington University, said on a recent panel.

However it plays out, the trend raises lots of questions: Who assumes the risk, financial and otherwise? Who owns space rocks and the resources found on them? Who regulates all of this?

Billions and billions of dollars are out there for the taking.

If there’s one thing humans are good at, it’s inventing new ways to kill each other.

Our history is a long march of deadly innovations: the club, the spear, the bow and arrow, the musket, cannon, machine gun, cruise missile, intercontinental ballistic nuclear warhead (to say nothing of Hellfire-equipped attack drones now in use over Afghanistan, Pakistan and elsewhere).

So it should be no surprise that this deadly trend is accelerating, with horrifying consequences for those who could fall victim to their uses.

To cite a few nightmares military planners are dreaming up and, yes, testing: Laser-powered grenade launchers. Laser cannons that can take down incoming aircraft. “Rail guns” that use electricity to fire projectiles at seven times the speed of sound. Weapons that make people feel like their skin is burning off. Devices that emit “taser shockwaves” that can electrocute dozens of people at a time.

You get the idea. The horrible and frightening idea.

6. The rise of the robots

While we’re on the topic of fear, there’s nothing that gets the amygdala racing like killer robots that could turn their artificial intelligence (and evil robot weapons) against their human inventors.

Less dramatically, there are also robots that can steal your job.

Both of those scenarios are making huge advancements. Right now.

“One can imagine such technology outsmarting financial markets, out-inventing human researchers, out-manipulating human leaders, and developing weapons we cannot even understand,” Hawking wrote. “Whereas the short-term impact of AI depends on who controls it, the long-term impact depends on whether it can be controlled at all.”

Here’s what Bill Gates says about that:

“Technology over time will reduce demand for jobs, particularly at the lower end of skill set. Twenty years from now, labor demand for lots of skill sets will be substantially lower. I don’t think people have that in their mental model."

Remember when the BRICS — Brazil, Russia, India, China, and later South Africa — were going to take over the world?

Funny story: It didn’t quite turn out that way. At least not in the way it was advertised. Of those emerging economies that were expected to rule the world by 2020, only China has (sort of) kept pace.

So what’s happening with the rest of the BRICS?

Russia: A one-trick energy pony with dictatorial and oligarchic tendencies.

8. The god of violent things

Almost everywhere you look religious extremism is on the rise.

There are, of course, the 234 schoolgirls kidnapped in Nigeria, since the Islamic extremist group Boko Haram doesn’t believe in educating girls. “Allah has instructed me to sell them,” its leader said.

But that’s just the most recent, and despicable, example of a worsening global trend.

According to Pew Research, religious hostilities are at a six-year high.

A third of the 198 countries and territories Pew polled had serious problems with religious violence. The trend has picked up in every region of the world except the Americas, with the biggest jump in the Middle East and North Africa.

Rising extremism is playing out in all sorts of ways: abuse of religious minorities, restrictions on religions, violence or threat of violence to enforce religious norms, harassment of women over religious dress, mob violence related to religion, terrorist violence and sectarian or communal conflict.

Yes, there’s a long tradition of not trusting politicians. “Throw the bums out” may as well be a line in America’s national anthem.

But the trend is now reaching record levels in the US. And it’s growing globally.

Only 19 percent of Americans say they trust Washington to do what’s right, according to Pew Research. That matches an all-time low. Meanwhile, 30 percent say they’re angry at the federal government, while 55 percent are frustrated with how government works.

That anger is being felt in Europe, as well. A recent poll by Edelman found that just 32 percent of the French trust their government, down 17 percentage points.

Why does this matter?

The world faces huge problems. Government is charged with finding solutions for many of them: our monetary and fiscal policies, our children’s educations, the safety of our food, our collective defense, to name a few.

Declining trust in government makes all of that harder, of course.

It also promotes political extremism, as evidenced by a dramatic rise of extremist political parties in Europe.

Evolutionary biologists and economists are fond of pointing out that life is a competition for scarce resources.

But we haven’t changed much since humans gathered around watering holes on the African savanna 10,000 years ago.

Diminishing natural resources — water, energy, minerals, timber and others — are already creating new and violent hotspots all around the world, from the jungles of East Timor, to the cobalt mines of the Congo, to rising tensions along the Nile, Tigris, Euphrates and other places.

“The challenges associated with preventing, managing and resolving natural resource-induced conflicts may well come to define global peace and security in the 21st century,” the United Nations warns.

It goes without saying — but we’ll say it anyway — that this last trend could render meaningless all others on this list. That’s because there will be no trends if the planet can no longer support human life.

And while not many experts are yet warning of our imminent extinction (though some do), there is universal agreement among the world's scientific community that human activity is changing the planet’s climate.

What can we expect?

That just about covers everything.