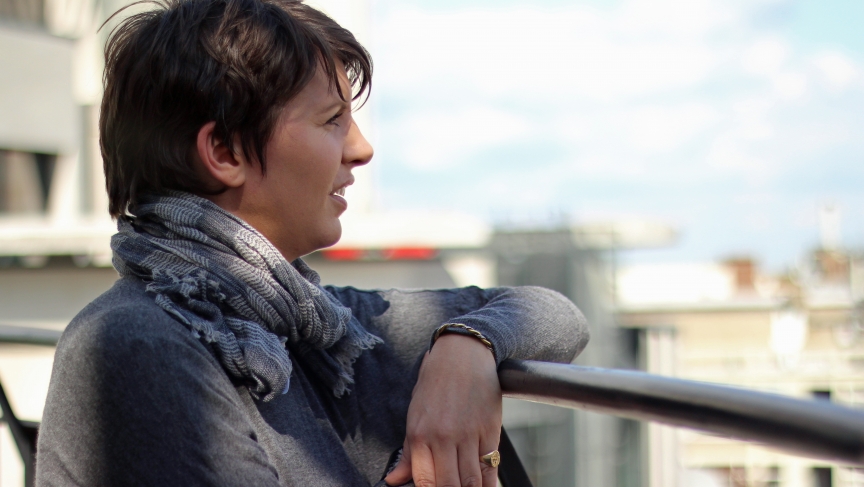 Journalist Iona Craig, photographed at BBC Broadcast House in London May 14, says she intends to return to Yemen.

The US military and its Yemeni allies three weeks ago mounted one of the largest military offensives ever against al-Qaeda in Yemen. It's still going on.

And there's been an uptick in the number of attacks, kidnappings, and assassinations in Yemen's capital, Sana'a.  But there are no accredited Western journalists left in Yeman to cover this emerging story.

Iona Craig, who has been living in Yemen and reporting for Western news outlets since 2011, boarded a plane for London on Monday. She said her unannounced departure was partly to take a break from increasingly tense times in Sana'a. "The sense of chaos is quite strong there at the moment," she said, "and also a colleague of mine was deported last week."

American reporter Adam Baron was detained by Yemeni authorities and told that he was "no longer welcome in Yemen." Another American journalist, Tik Root, was turned back after flying into Yemen from Istanbul last week.  Craig says she chose to leave voluntarily rather than wait for authorities to kick her out.

The intimidation of journalists comes at a time of increased military activity in the southern Yemeni provinces of Abyan and Shabwa and stepped up anti-terrorist raids in Sana'a.

"It suggests to me," added Craig, "that if they are trying to prevent or remove journalists from Yemen, that they have something to hide."

"The Yemeni government does not have a history of treating foreign journalists badly, other than deporting us," Craig admitted. "It's the domestic journalists that tend to be the ones that really come under attack, so I think the next thing you have to watch for, obviously, is whether domestic journalists are also being persecuted, but in a much more vicious manner."

Craig says she intends to return to Yemen, but she's not sure when. "I don't know if I'm going to be able to get back in the country again, or how difficult the government is going to make it. But the one thing I can guarantee is that I'm going to try."