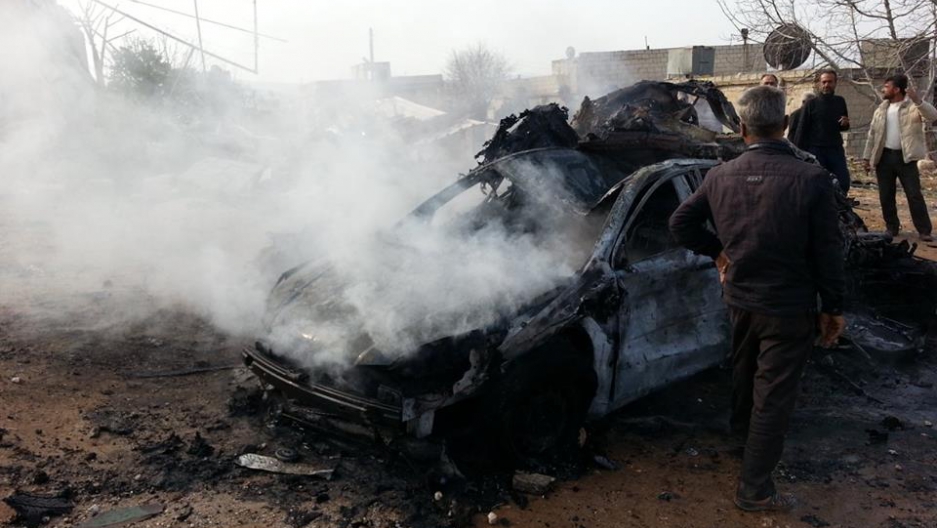 On Tuesday afternoon, two things happened that didn't exactly make Western diplomatic efforts on Syria look good: First, the UN's special envoy on Syria, Lakhdar Brahimi, who has headed the negotiation process, quit as expected. Second, the French foreign minister said that Syria's government may have used chlorine gas on its citizens 14 times in recent months. "We feel that it would have changed many things," Laurent Fabius said, if Western nations had been willing to use force following the first evidence of chemical weapons use last summer. Unsurprisingly, this is being interpreted as a not-particularly-veiled criticism of US policy.

This morning, Physicians for Human Rights (PHR) released a fairly damning new interactive map showing attacks on health care workers in Syria in the past three years. It's worth heading over to check it out.

Courtesy of Phyicians for Human Rights

The first thing to note is the sheer scale of the problem. "Syrian forces have systematically attacked the health care system in opposition-held areas over the past three years, resulting in the death of more than 460 health professionals," PHR stated in its press release.

Why have doctors and health care workers been targeted? "As doctors, we are often perceived to be the enemy because we treat everyone, regardless of their political views," an anonymous physician told PHR.

Erin Gallagher, PHR's director of emergency investigations and response, said there are a variety of reasons doctors are being targeted. "I think that they're mainly attacked because they are treating everybody, which means they're treating opposition demonstrators and fighters who are then able to go back on the battlefield," she said. "And then some of the doctors are seen as leaders in the community, so taking them out has a devastating effect. Then a number of doctors supported the opposition as well," she added. "I know one doctor was killed and afterward they said on the news they had killed a 'terrorist.' They are definitely perceived as opposition," Gallagher said. (The Syrian government calls all opposition members "terrorists.")

Asked whether doctors might also be targeted because of their capacity to identify and document evidence of torture and chemical weapons use, Gallagher responded: "I believe that they have been targeted at times for that reason, but I can't support it with any specific instances. It's one factor out of a number of factors. The main reason is that they're very much perceived as opposition."

Consistent with what one might expect, given the above, the vast majority of attacks shown on PHR's map have come from government forces, not opposition forces. PHR has documented 10 instances of rebel forces targeting medical workers. Of these, four came from the Islamic State of Syria and the Levant or the Al Qaeda-linked Al Nusra Front — two extremist groups operating in Syria. Two came from the Islamic Liberation Front. Three came from the Free Syrian Army, a more moderate group with which the US has been dealing.

It's worth mentioning that PHR is using a fairly restrictive definition of targeting, for both sides: "We didn't map just every time there was a hospital attack," Gallagher said. "We were focusing on operational hospitals that haven't been militarized, and when it's a targeted attack, meaning either discriminating weapons are used or there's nothing else around it — or it's been hit multiple times." Thus, total number of medical workers killed or facilities attacked is even higher than the numbers you may see on PHR's map.

In February, GlobalPost published amateur images of the Syrian town of Atmeh, following a car bomb that damaged the hospital where the photographer was working. In that case, the hospital was over 250 meters from the blast site — less obviously a case of targeting. PHR's data contain far more chilling examples. Pie charts categorizing cause of death include, for example, "field execution."

Gallagher told GlobalPost that since PHR paused data collection in March to assemble the map, they've counted, but not confirmed, another 20 attacks. "In April alone, 49 medical personnel were killed."