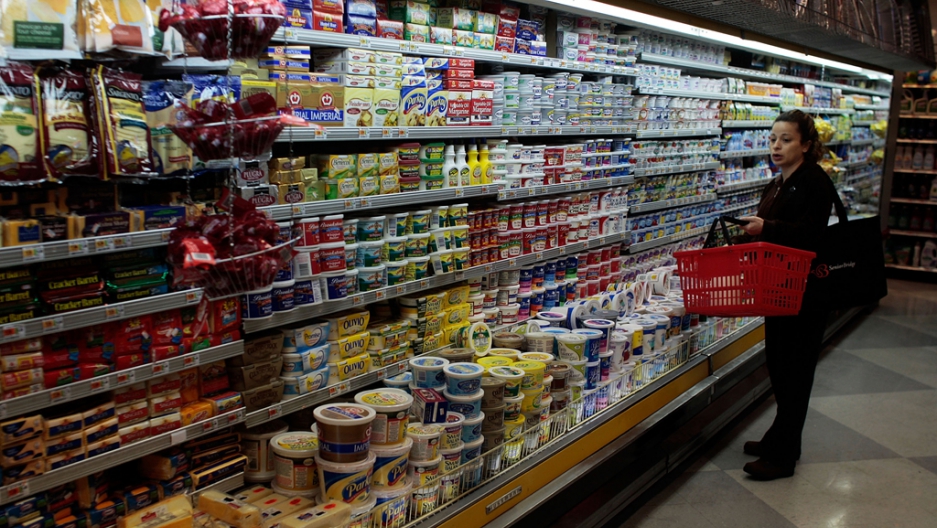 Two new studies suggest that obesity is not necessarily linked to the lack of grocery stores or healthy food options being in close proximity to neighborhoods.
Credit: Chris Hondros
Share

Food prices have spiked in recent months, and US consumers are freaking out.

In California, one woman couldn't believe she had to pay $38 for two steaks at Costco.

"I will be grilling more vegetables and shrimp this summer," Beverly Cabellon, 61, told CNBC. "And I may switch to pork and chicken."

Sorry, Beverly, but chicken prices are going up too. And it's costing more to buy milk, eggs and other staples as well.

In fact, the US Agriculture Department expects prices to jump as much as 3.5 percent in 2014, an inconvenience some experts believe could snowball and potentially derail America's still-fragile economic recovery.

But Americans still spend less on groceries than any other country in the world.

That's right. According to data from the US Agriculture Department, Americans shelled out 6.6 percent of their household income on food in 2012. The next lowest country is Singapore at 7.3 percent.

The highest? Pakistan, where consumers spend a whopping 47.7 percent of their earnings on food each year.

In Canada, food expenditures stand at 9.6 percent. Japan comes in at 13.8 percent, while Russians put 31.6 percent of their pay toward groceries.

So why does the US pay so little? It's partly because American consumers are generally wealthier than those in many other countries, giving them more money overall to spend. But the big factor is food production.

Despite recent droughts, the United States has a booming agricultural industry. American farmers still produce a large amount of the grains, vegetables and meats eaten here at home, and they do it efficiently and at a relatively low cost.

That keeps costs down for US consumers.

America's capitalist culture also plays a role. Big grocers are competitive and are constantly cutting prices and offering deals to keep their customers and attract new ones.