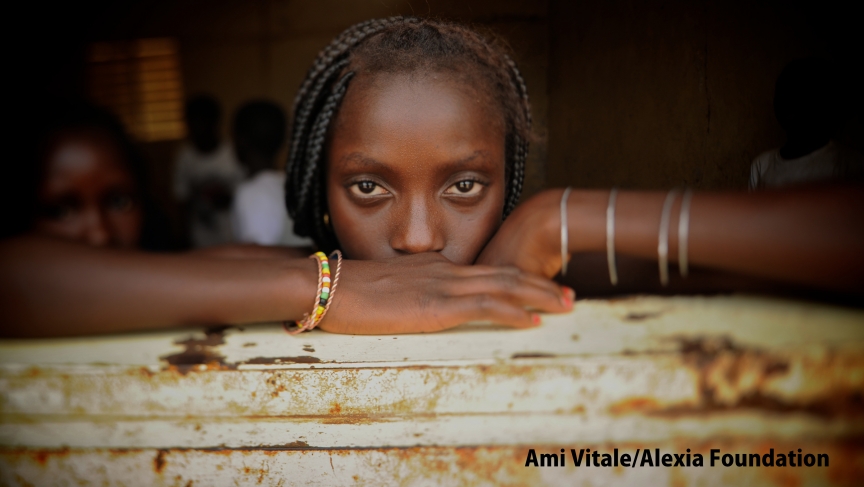 Photographer Ami Vitale's photos from Guinea-Bissau, including this one of Jenabu Balde, were wrongly used in the #BringBackOurGirls campaign.

Personal close-up portraits of young women in Africa accompany many of the widely circulated social media messages in the #BringBackOurGirls campaign to find the abducted Nigerian schoolgirls. However, in many cases, these photographs are actually of women from Guinea-Bissau, a country about a 1,000 miles west of Nigeria.

The girls pictured have no relation to the kidnappings.

National Geographic photographer Ami Vitale first went to Guinea-Bissau in 1993 when her sister was in the Peace Corps. Vitale lived in a small village for six months, learned the language, and became close with the families there. Vitale took the photo, above, of Jenabu Balde, in 2011. She was the cousin of one of the families Vitale knew well.

"We tend to, in Western media, portray Africa in one of two ways. It's either war, famine, plague, the horrors of Africa. Or, the other extreme, beautiful safaris, wild animals," she said. "I was trying to tell a story of hope."

Two days ago, Vitale received a message from the Alexia Foundation, the group that supported her photography work in Guinea Bissau. They'd noticed her images had become the face of the #BringBackOurGirls campaign, which went viral and has been credited with finally bringing attention to a story that lingered in obscurity for weeks. This screenshot from the BBC Trending Twitter feed shows the photo that went viral with the #BringBackOurGirls campaign. Note the tear on her cheek was not present in the original photo.

In Guinea-Bissau, Vitale had photographed girls whose lives were getting better. "I made a promise to those girls that I would be honest in the stories and not misuse their pictures," Vitale said.

Now, their faces are representing abducted girls who may have been sexually trafficked. Some of the photos have been edited to take what were hopeful pictures and make them look anything but.

"This would have been unacceptable to do in the West," Vitale said. "Those same norms should be applied regardless of where the child comes from."