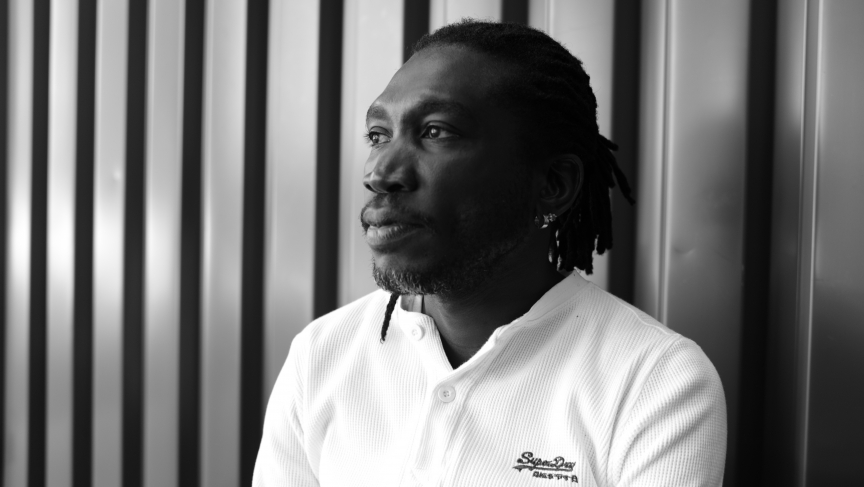 Uganda is a country where, if you're gay or lesbian, you're always looking over your shoulder.

"People are being attacked," he says. "The police or even the neighbors swing into action" harassing gay people and even torching their homes, according to Wambere.

He recalls a morning in 2001 when he received a phone call, breaking the news that his friend, gay rights advocate David Kato had been bludgeoned to death.

"I had to jump out of the house, with one leg in the trouser," Wambere says. "We all got so shocked because not one of us anticipated that, within the movement, such a thing was about to happen any time soon."

Wambere and fellow gay rights advocates gathered together at a Kampala police station, where officers said they had no report of Kato's murder. Eventually, the activists accompanied the police to Kato's house where they found his body.

In the days that followed, Wambere says he received several threatening telephone calls.

"I remember, specifically, a lady voice from an anonymous call who said, 'You will be the next,' " he says.

Other callers, Wambere says, asked him, "'Are you the one who was on TV?  I saw you cry on TV. Why were you crying? Are you gay also?'"

"At one point I started even losing trust in my very own relatives who were with me in the house," he says.

"For the first time in life, I felt very helpless," he says.

Since then, Uganda gay rights advocates, including Wambere, have been especially fearful.  This week Wambere officially requested asylum in the US, with assistance from a legal team from the Gay and Lesbian Advocates and Defenders, or GLAD, in Boston. He's somewhat conflicted about his decision, though.

"Yesterday, when I declared my status of seeking asylum, I felt like I had dropped a huge weight off my shoulder," he says. "But I cannot say that I'm totally happy because my people are still under threat."

Wambere says the majority of gay Ugandans are "underground, staying indoors." Others, he says, have been attacked by mobs, or are caught up in extortion and blackmail schemes, often involving the police. Many have fled to countries neighboring Uganda.

Now, Wambere says, his fate is in the hands of the US government.