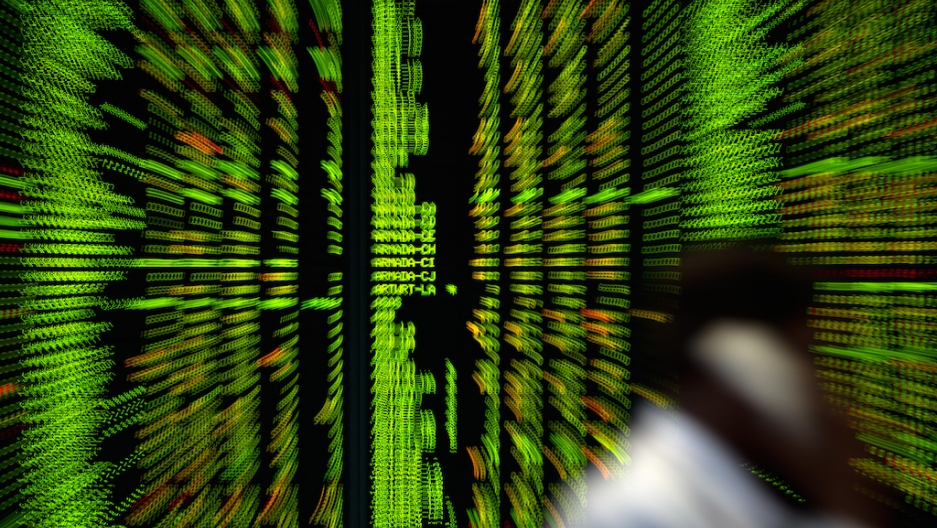 The potential impact on humanity from this proposed mega-deal is impossible to measure. TPP could bankrupt families in Kansas and enrich them in Kuala Lumpur. Or make patented medicine wildly unaffordable for sick people in poor places. Or even imprison citizens of 12 countries for pirating Game of Thrones episodes.

Or maybe, as its proponents claim, TPP could plug the US into Asia’s rising markets and give the global economy a needed jolt. Either way, if secured, it will be a corporation-friendly game changer for 800 million people.

The thing is, average people are banned from seeing its inner workings.

But the American public is forbidden from perusing the deal, and the people they elect are barred from negotiations. Though Congress will eventually decide its fate, US lawmakers are increasingly frustrated at TPP’s intense secrecy. Given the way trade deals work on Capital Hill, they may get precious little time to review the colossal pact before deciding whether to make it law.

The secrecy has even riled up Obama’s own political camp.

“When I say we’ve been shut out, we have been shut out,” said Louise Slaughter, a Democrat Party congresswoman from New York. Her remarks came in advance of President Barack Obama’s late April tour of Asia, where he negotiated for TPP’s approval in Malaysia, the Philippines and Japan.

“Rumors that I have been hearing,” Slaughter said in a press call, “is that the financial services and pharmaceuticals sectors in the United States are really running this whole operation and they will be making out like bandits. Well, we don’t know.”

Another lawmaker, Congressman Alan Grayson, contends that the agreement “hands the sovereignty of our country over to corporate interests.” Even prominent economist Paul Krugman, a free trade proponent, calls it “almost weirdly out of touch with both economic and political reality.”

What little we know about TPP comes from a few leaked documents. (Thanks, Wikileaks.) As a free-trade deal, its core mission is killing fees for imports and exports between every country involved.

But TPP also appears to push major restrictions on the free flow of internet content, life-saving medicine and much more.

Now is the time to pay attention to TPP. The White House hopes to finalize the deal by the end of 2014. There’s no set date for a vote in the US Congress, which will determine the trade deal’s fate. But once they are slated to vote — and the full deal is made public — the White House wants a “fast track” process that will give lawmakers 90 days to vote up or down with no opportunity for amendments.

Here are six ways the pact could potentially change the world.

If the White House gets its way, TPP will give rise to a massive America-led free-trade zone, stretching from tropical Malaysia to the mountains of Peru. It would bring NAFTA-style rules to as many as 14 nations and 40 percent of the world’s economy. The White House has cited estimates that the deal could kick-start “as much as $123.5 billion in additional exports from the United States.”

China, for one, isn’t playing ball. Yet. A key White House trade rep says he’d “love nothing more” than to get China on board.

Free trade deals are often pitched as a way to “level the playing field” because they wipe out domestic rules that protect key industries from outside domination. But that’s where things get squishy. Protections for patents, copyrights and the environment, for example, are in the eye of the beholder. They can be regarded as essential regulations or trade barriers, and are subject to intense lobbying— which is why the secrecy is doubly troubling. And the nations involved in TPP are vastly different in size and influence.

2. TPP would clear the way for more internet policing

TPP is great for America’s embattled film and music industries. They’d gain unprecedented power to punish anyone with digital content violating copyright rules. That would include straight-up rips of a Tupac song. It could also include creative spin offs — say, a parody video of cats dancing to Tupac.

It may even designate these violations as “criminal” offenses. That would mean prison time. The leaked draft makes it very clear that TPP doesn’t care if you had “no direct or indirect motivation of financial gain” from illegally downloading a song, or if you’re running a secret factory printing thousands of pirated DVDs.

3. The pact would mean pricier medicine for many

Pharmaceutical conglomerates are another big force behind TPP. The pact would give them longer-lasting monopolies on the drugs they create.

If a US corporation invents a new medicine — anything from pain killers to meds for HIV patients — they can typically get at least 12 years of exclusive production rights. After that, competitors can release cheaper generic versions. This brings life-saving medicine within reach for the world’s poor and middle classes.

But leaked TPP documents suggest drug makers would gain increased rights to “evergreen” their creations and keep prices high. There’s even a proposal allowing firms to patent a specific surgical procedure. In effect, a doctor in Tokyo could get sued for using a breakthrough tumor removal technique patented in California. Or vice versa.

A range of laws force government agencies to purchase American products. Many police departments, for example, are forbidden from replacing their Ford cruiser fleet with Hondas — even if they’re cheaper. The goal is to keep the tax dollars at home, where they boost employment (and increase the tax base).

That’s textbook protectionism, which TPP seeks to tear down. The potential effect: firms from Ho Chi Minh City and Houston would get the same shot at supplying products to the US and other governments.

Under TPP, corporations that bred a new zucchini seed into existence or created a genetically altered cow would effectively own their new biological creations. The deal could extend patent law to “plants and animals.” This would require every country under TPP to take in corporate-owned genetically modified crops, which many nations have tried to strictly regulate.

6. TPP could mean the end of grisly cigarette packaging:

If you buy a pack of smokes in Canada or Australia, you might encounter a photo of a tongue riddled with cancer lesions. Under existing laws, cigarette packs must be branded with gross-out images or dire warnings about the dangers of tobacco.

But under leaked TPP proposals, these practices could bring on lawsuits from American tobacco firms. This has become a key sticking point with negotiators in Malaysia, where 40 percent of adult men smoke and the hospitals are overwhelmed by tobacco-related illness.