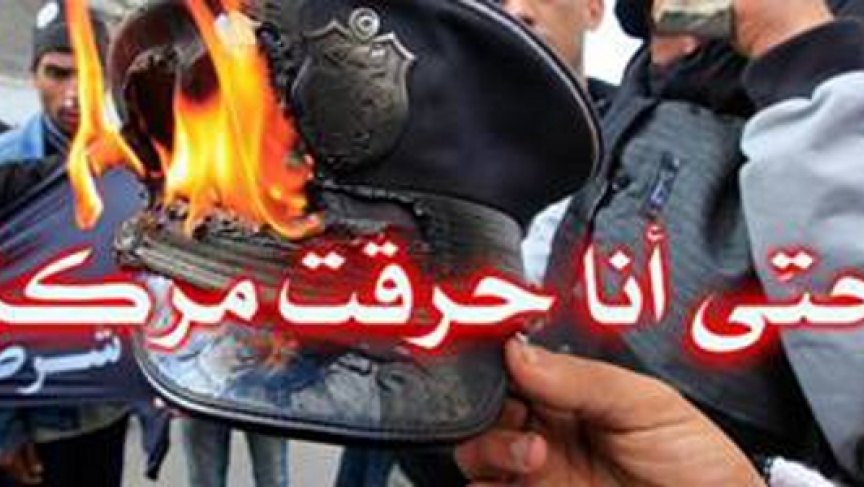 "I Too Burned a Police Station" is a Facebook campaign to show solidarity with Tunisian activists still being pursued for crimes committed during the Tunisian revolution.

"I Too Burned a Police Station" campaign/Facebook

Tunisia was the first country to rise up against its strongman at the start of the Arab Spring and many see it as a rare success story of a relatively peaceful revolution that brought democracy. But for some who participated in the uprising, the new Tunisia is worse than the old one.

One year and nine months ago, a Tunisian court brought charges against him, he says, accusing him of destroying police stations during the revolution that started in December, 2010.

Speaking on the phone from central Tunisia, Bouaziz doesn’t deny tossing rocks and Molotov cocktails at the police during protests. He insists he wasn’t the only one doing it in Sidi Bouzid, the epicenter of the revolution. The unrest spread throughout the country and led to the overthrow of President Zine El Abidine Ben Ali a few weeks later.

“But activists keep being hunted down just as they were under the old regime,” Bouaziz says.

Before the revolution, in 2007, Bouaziz says he was expelled from university because of his ties with a student union. Now, after all the political change in Tunisia, things for Bouaziz have actually gotten worse. Now, he says, he lives like a wanted man.

“When I hear there’s a police raid around my village, I move and leave my house for a night or a week so that they can’t find me. Whenever I travel, I run the risk of getting arrested, too. It’s been one year and nine months like this. I’ve seen my friends move on with their lives, get a job, travel. I can’t do any of that.”

About 20 ringleaders of the uprising, like Bouaziz, are still being prosecuted for offenses committed during the revolution, according to Tunisian activists. Some of them have been arrested and released, but the charges still stand, says Aymen Abderrahmen of the Tunisian Organization for Peace.

“I saw in the US or in some European countries, they attach a bracelet to the leg of someone who’s recently released,” Abderrahmen said. “They’re doing pretty much the same thing. This bracelet, or this charge, keeps you in your place — you can’t do nothing, you can’t say nothing, you’re constantly afraid of speaking your mind freely.”

Abderrahmen and several other activists have launched an online campaign called "I Too Burnt a Police Station." They say they’re not calling for more violence; they want to show solidarity with Bouaziz and the others, and remind the courts that tens of thousands of people took part in the protests, not just a few individuals.

Abderrahmen says that even the police benefited from the revolution started by the youth.

“It’s funny and pathetic at once,” he says. “The policemen, the Minister of Interior, they have their first syndicalist union now, after the revolution. Now they are talking, now they are enjoying more freedom. They couldn’t have that before. Thanks to whom? Thanks to the youth who burnt their offices.”

The "I Too Burnt a Police Station" campaign is riding on a wave of general anger against Tunisia’s justice system. On April 12th, a military tribunal effectively released five former top security officials, by sentencing them to the time they had already served.

Their release infuriated the families of the 300 Tunisians killed during the uprising. A few of the victims' relatives started a hunger strike two weeks ago as a sign of protest. 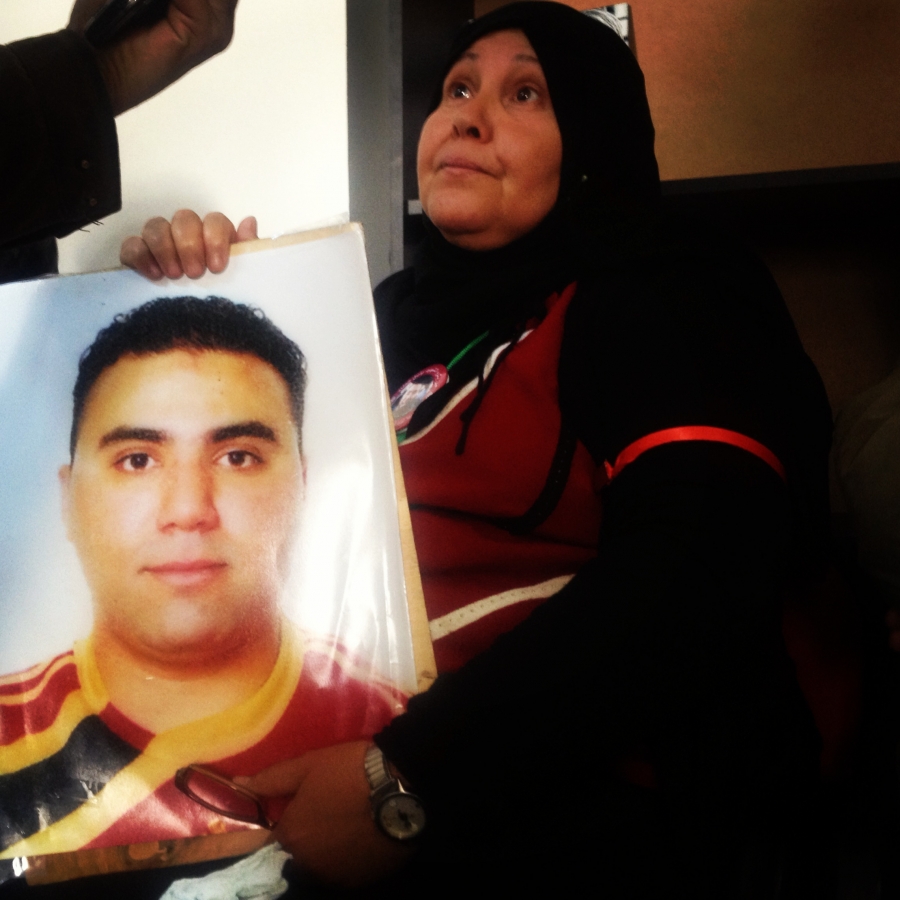 Fatma Ouerghi at a recent press conference in Tunis. She's gone on a hunger strike to protest against the decision of a military tribunal to release five former top security officials who had organized the crackdown against protesters in 2011. In her hand, a portrait of Ahmed, her 24-year-old son, killed on January 16, 2011.

At a recent press conference in Tunis, Fatma Ouerghi clutched a framed picture of her son, Ahmed, who was killed by a military captain on January 16, 2011 — two days after former president Ben Ali fled the country.

“We never understood why the army continued the killing even after Ben Ali stepped down,” she says. “There were more martyrs in the days after he left power than in the weeks before. The military killed all of these people and now [the military people responsible] are free. They are all free.”

Tunisia has received international praise for carrying through a relatively peaceful transition process and adopting a new constitution in January.

But for Fatma Ouerghi, the country is by no means a role model.

“It’s all a lie,” she says. “We’ve lived the past three years in a pretense of democracy, but nothing has changed. The release of those who killed our sons is living proof of that.”

Sahbani Mohsen of Tunisia's Justice Ministry says a law passed in December would allow cases against officials of the old regime, like the security officials, to be re-opened by special courts charged with looking into human rights violations before and during the revolution.

“This law still needs to be implemented, though,” says Amna Guellali of Human Rights Watch, “and it might be too late for redressing all those flaws and shortcomings that we’ve seen for the past three years.”

For now, Guellali says, the only action the families have seen is the release of these officials — and that, she says, seems to be rewriting history. Those who used excessive force against protesters are being "whitewashed and those who have participated in the revolution are becoming like the criminals.”

That's how Safoin Bouaziz, the activitist in hiding, feels. He has a court date on May 15. He says he still hasn’t decided whether he’ll show up.

But whatever happens, he says, “I won’t leave Tunisia.”

One of his friends fled to Morocco to escape charges.

“For me, that’s out of the question,” Bouaziz says. “Tunisia is my country. I’ve been fighting for too long to give up now.”