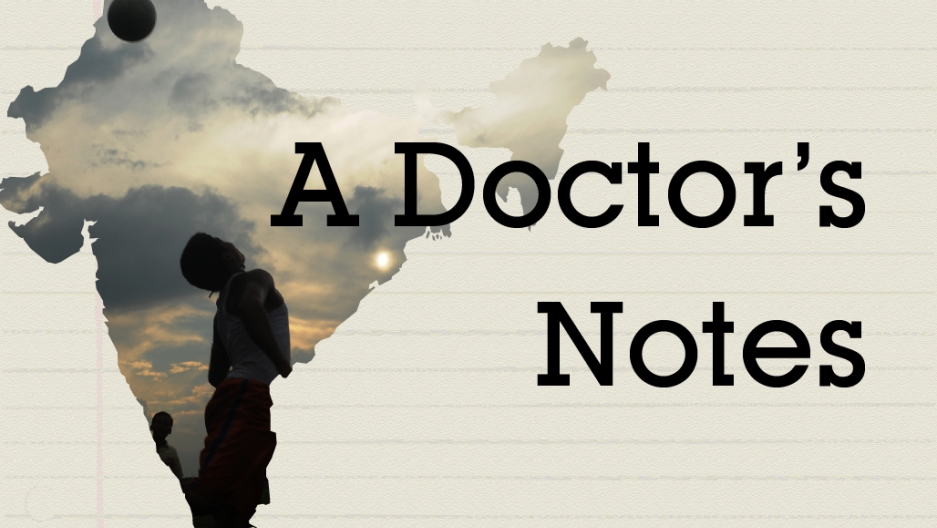 AMRITSAR, India—On my first day in an operating room as a medical student here in my home city in 2007, I studied our professors as they prepared a 34-year-old man for shoulder surgery. As part of the pre-operative steps, I watched closely as the anesthesiologist clipped a small sensor on the patient’s fingertip, and within seconds a nearby monitor lit up with a blue line and the number 97.

The simple clip, called a pulse oximeter, was checking the level of oxygen in the patient’s blood and would sound an alarm if it detected even a minor, unsafe change—typically, anything below the number 95, which reflects the blood oxygen saturation level. Dips in blood oxygen are risks during surgery because there is a change in the normal mechanics of breathing, especially with a co-existing illness. In school, we had learned that brain damage and heart failure could occur after just three minutes of severe lack of oxygen, usually below 85 percent, leading to permanent damage or even death.

Early detection was critical, and this device did the job.

What I did not know was that this device that most physicians took for granted, both in urban India and the US, was far from universal. In fact, of the 234 million major operations that take place around the world each year, more than 31 million lack pulse oximeters to monitor patients. In these cases, life-saving surgery can become life-threatening. The 70,000 operating rooms that function without the device to monitor patients place millions of lives at risk.

Before the introduction of pulse oximetry in the 1980s, doctors relied on manually checking the patient’s pulse, blood pressure, and skin color and looking out for other signs of low blood oxygen, called hypoxemia. Many times, low oxygen would get detected only when the patient’s blood had less than 85 percent saturation and skin had started turning blue.

“At that time we used to depend only on clinical skill and vigilance. If you would miss a sign in the patient, there was nothing to alert you to intervene,” said Goverdhan Dass Puri, an anesthesiologist in Amritsar. For the last three decades, he has seen the growing use of pulse oximeters change the face of intra-operative care in the city.

Still, the lack of such life-saving devices is acute in many other parts of the developing world, where the number of operating rooms functioning without pulse oximetry ranges from 41 percent in Latin America and 49 percent in South Asia to 70 percent in Sub-Saharan Africa.

The major factor responsible for this gap is the cost of the equipment, according to Alexander Hannenberg, a board member of Lifebox USA, a nonprofit organization that promotes safer surgery in low-resource settings. A typical device costs between $1,000 and $1,500. Through a partnership with manufacturer Acare Technology, Lifebox provides low-cost oximeters and training to anesthesia providers, at around a fourth of the cost.

Lifebox was founded in 2011 by anesthesiologists and health care specialists around the world under the leadership of Atul Gawande, a surgeon at Brigham and Women’s Hospital in Boston. It receives funding from individual donors and organizations.

But even with such progress, there are still broader challenges with surgery in countries better prepared for primary care than surgery. For instance, last November, Lifebox distributed about 260 oximeters in Guatemala and Nicaragua and held workshops in collaboration with the local anesthesia associations. On a follow-up visit this past March, “a number of hospitals were using Lifebox as the only means of monitoring during operations,” without critical additional monitoring equipment for parameters like blood flow and carbon dioxide levels, according to Brian O'Gara, an anesthesiology resident at Beth Israel Deaconess Medical Center of Harvard Medical School, who works with Lifebox.

Equipment graveyards with piles of machines are a common sight in many hospitals in developing countries, with 40 to 70 percent of medical equipment out of use in low-resource settings at any one time. This is mostly due to a lack of training and needs assessment before donating, according to O’Gara.

“The device alone is only part of the mission—training in its use and the management of hypoxemia for many anesthesia providers without formal training is vitally important,” added Hannenberg.

This week I am back in Amritsar, and as a doctor about to begin his residency in anesthesiology in the US, I was asked to help with a surgery on 14-year-old Vasu Chopra, who had suffered a fracture in his leg. The first thing we did in the operating room was to clip on a pulse oximeter on his right hand.

Chopra’s surgery was uncomplicated, but nearly 7 million patients suffer from complications following surgery worldwide, many of which can be fatal. Unsafe surgery is an urgent global health concern, and a lack of monitoring is one of its critical drivers.

According to the World Health Organization, at least half a million deaths per year would be preventable by practicing safe surgery and using checklists, of which the pulse oximeter is a key component.

More from GlobalPost: A common cause of blindness in India is preventable, but treatment is not always accessible