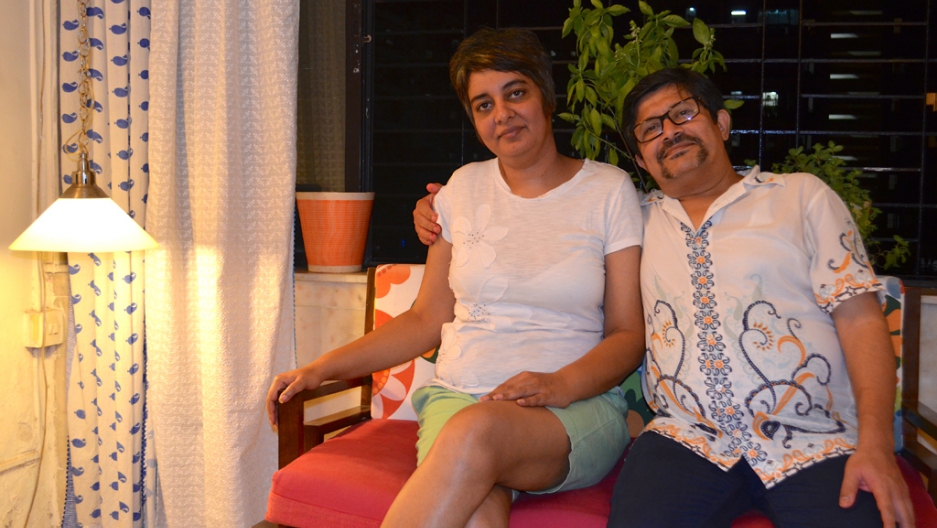 MUMBAI, India — Sameera Khan smiles as she talks about the day she married Manesh Patel 15 years ago. No grand production, just a simple marriage registration that lasted 15 minutes. A ceremony would have forced her or her husband-to-be to give up their faith.

“We did not want one religion or religious observance to take precedence over another,” said Khan. “Nor did we want anyone in our families to feel out-of-place or awkward.”

Khan, an urban professional from the middle class, is a Muslim journalist. She knows her marriage to a Hindu isn’t the norm in Indian society, even though it’s legal according to the Special Marriage Act of 1954.

The elections for the Lok Sabha began in April. Lok Sabha, better known as India’s lower house of the Parliament, sheds light on increasing Hindu-Muslim tensions — tensions that have greatly deepened over the last 20 to 30 years. This election year, inter-religious couples agree the current political climate will have no effect on their marriages, but it raises fears about the future.

“These elections, in fact, epitomize that polarization,” said Khan. “This is not the India I grew up in and appreciated greatly for its mix of cultures and communities and the tolerance they had for the other.”

To understand the complexities in the role of politics and religion in India, it helps to know the players. The RSS is a right wing, paramilitary volunteer national group. Its offshoot, the BJP or the opposition Bharatiya Janata Party is the second-largest political party in India, and is considered extremely right-wing. The incumbent Congress Party is the country’s largest and oldest democratically elected left-leaning party. The AAP or the Aam Aadmi Party is known as the common man’s party and focuses on anti-corruption.

Journalist Jyoti Punwani conducted a survey of 25 inter-religious couples — including Khan and her husband for a book 10 years ago. Like Khan, Punwani is concerned about the growing polarization of political parties, which she says could impact future inter-religious marriages.

“I think the real change now is the rise of the whole love-jihad thing that existed in 2003-2004,” said Punwani. “The RSS has been spreading that concept quite a lot throughout India and we were not aware of that. They believe that there is an organized campaign to seduce Hindu girls to increase the Muslim population and to decrease the Hindu population.”

Kushal Mehra, a member of the right-wing Hindu nationalist group, ‘Friends of the BJP,’ and a member of the RSS, says issues larger than religion loom on the political agenda.

“Is love-jihad a top-ten issue for the RSS? I don’t think so. As far as the BJP, it has no business in deciding who needs to marry who. The BJP has no stand on it, they don’t even think about it,” said Mehra. “At the end of the day, we have to stop looking at people through the prism of an ‘–ism.’ This election is only going to be about development.”

Amir Rizvi, a Muslim scriptwriter and graphic designer, has been married to his Hindu wife Shalini for eight years. Rizvi disagrees with Mehra and says religion is always on the political agenda.

Zia Ur Rehman Wahidi, the Congress Party president for north-central Mumbai, says that the BJP is the party that is using Hindu-Muslim tensions to their advantage.

“The BJP is an offshoot of the RSS. They want to divide the country on religious lines and they want to polarize religious groups for the sake of getting power. They are very open about their agenda,” said Wahidi.

The BJP is preferred 3-1 by Indians according to a recent Pew Research poll. The poll also found leader of the party, Narendra Modi, to be more popular than Congress Party leader Rahul Gandhi.

Rizvi says he is not particularly impressed with either party but he is leaning pro-Congress.

“There is no political party to support us, but as a Muslim, I am more comfortable with many of [the Congress Party’s] voices,” said Rizvi. “I am happy Rahul Gandhi is on the same wavelength as me.”

Both Rizvi and Khan say the upcoming election is a wake-up call for India, demonstrating the length to which political parties have polarized the country and what this could mean for the future.

“I want my children to grow up in an India that is tolerant towards and supportive of all groups of people,” said Khan, “and towards all religious and ethnic communities.”