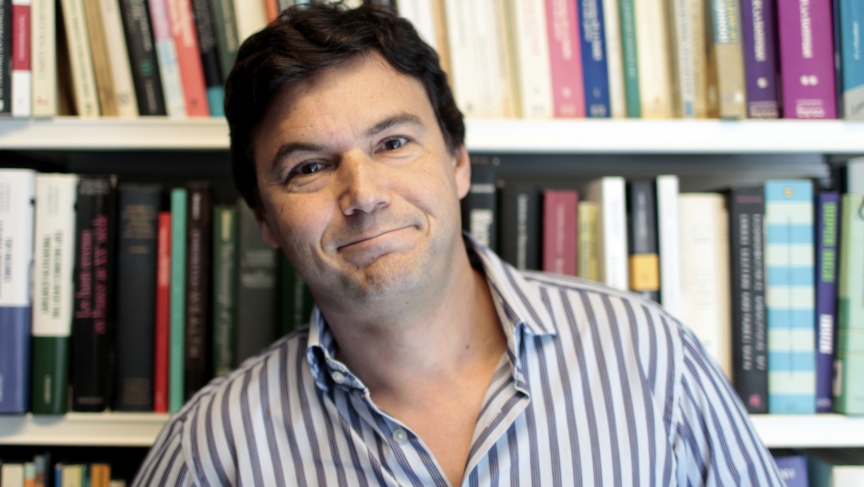 Thomas Piketty, the French economist behind President Francois Hollande's plan to tax the wealthy, has won acclaim in the US for his research on rising income inequality.

Economists as rock stars? It doesn't happen a lot, but French economist Thomas Piketty seems to have attained that status.

His surprise bestseller, "Capital in the Twenty-First Century," offers a stinging critique of the growing gap between rich and poor in America. But back home in France, his argument and detailed research aren't seen as breaking any new ground.

That's according to Vivienne Walt who writes for Time magazine from her base in Paris.

"The French are somewhat bemused that this somewhat retiring academic with a heavy French accent would suddenly become a celebrity in the United States," Walt says. "There have been several cynical, sort of tongue-in-cheek articles in the French press about how peculiar the Americans are in embracing somebody whose ideas, in the French way of thinking, are really pretty old hat."

Piketty's book was well-received when it was published last year in France. But Walt says the weighty tome certainly didn't change the conversation in France about inequality.

She argues that, in many academic circles in France, it's "just a given" that the gap between rich and poor is growing fast and having a negative impact on the global economy.

Walt says many in France are bewildered as to why a French economist was able to rekindle debate about the same arguments made by the Occupy Wall Street movement two years ago.

"Here you have a total outsider really coming back and talking about the one percent. It does seem to me a little like Alexis de Tocqueville ... who went to the US and basically looked at the US through French eyes and wrote a kind of seminal work about America," Walt says.

De Tocqueville was a French aristocrat who came to the US in 1831 and later wrote "Democracy in America." The two-volume study argued that the United States had forged a system based on true égalité, or equality.

Thomas Piketty's message is a bit less optimistic, as it argues the serious consequences of rising economic inequality around the globe, including in America.

Walt suspects it is more palatable for Americans to have somebody who is not from the US pointing out what, at least in France, seems obvious about US society.