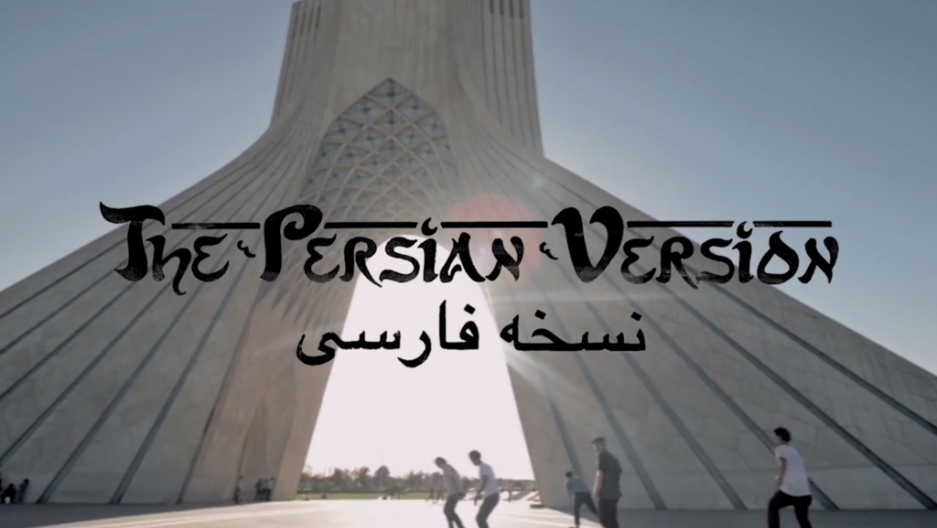 If National Geographic made skate videos, they'd probably look like “The Persian Version” — a dazzling, 30-minute film that follows a crew of professional skaters as they zigzag across Iran, Azerbaijan, Georgia and Turkey.

It’s the newest skate documentary in the Visualtraveling series by Patrik Wallner, a German videographer based in China and Thailand. What distinguishes his videos is the choice to film them in locations rarely associated with skating, such as North Korea, Myanmar, Bangladesh, Mongolia, Uzbekistan and Afghanistan, to name a few.

The idea for "The Persian Version" began taking shape after Wallner was contacted by MJ Rahimi. The 27-year-old engineer lives in Tehran and belongs to Iran's small but vibrant skating community.

Rahimi has been instrumental in establishing the sport, including securing government funds for skate parks and — as far as he can tell — being Iran's first skater. Given the way sanctions restrict the import of western goods, it's difficult to get American or European decks in Iran, so Rahimi operates a skateboard factory from a workshop inside his home.

When Rahimi saw the Visualtraveling series online, he couldn’t pass up the opportunity to have professional skaters visit Iran. He extended an invitation to Wallner to film in the country and offered to help arrange visas.

Unsurprisingly, the visa process wasn’t without its glitches. The Iranian government refused to let the two US citizens skate outside designated skateparks — meaning no street skating, the goal of the entire documentary. Meanwhile the non-Americas were free to skate around Tehran. Michael Mackrodt, a German skater, speculated on the government’s reason:

"They want to show the Americans that, 'You give Iranians a hard time when they come to America, so we do the same on the pretext that we’re gonna take care of them.' But it’s to show them they’re not really free in their country as well."

Despite these visa games, skater diplomacy was alive and well at the interpersonal level. The non-Americans tested out Tehran’s urban topography and shared some tricks that the Iranian skaters had never seen in person.

“They’re doing [a] nollie hardflip noseslide,” marveled Alireza Ansari, who owns one of Tehran’s few skateshops, in response to one of the tricks. “It’s fucking sexy, you know.... I only ever saw that in videos.”

The crew in turn witnessed the dedication of local skaters, even down to the scrappiness of their equipment. One Iranian, instead of a wooden deck, rode a skateboard made of solid steel — “which is kind of crazy,” pointed out Laurence Keefe.

"The Persian Version" also offers a view of contemporary Iranian youths that differs from the exoticized/"they're just like us!" narrative that often grips the west. As Nima Shirazi wrote for Muftah:

What is perhaps most remarkable is how the film treats young Iranian skateboarders; they are shown, not as outliers to be studied, pitied, analyzed or ogled at, but rather as compatriots in a worldwide community, bound by a common passion and respected as equals.

Or as Mackrodt noted: “You’ve got to really be loving it, maybe even more than we do, to really stick to it” — especially given the lack of governmental and social support for skating in Iran. “I find it really touching.”

How did Rahimi feel about the experience of filming "The Persian Version"? “It was a dream for us that one day we can see professional skateboarders in Iran…. This is the best 10 days in my life.”

You can watch the entire video below, including equally fantastic footage of Azerbaijan, Georgia and Turkey. For the video’s tracklist, click here. For other skate videos in Wallner’s Visualtraveling series, click here.

Visualtraveling - The Persian Version from Patrik Wallner on Vimeo.