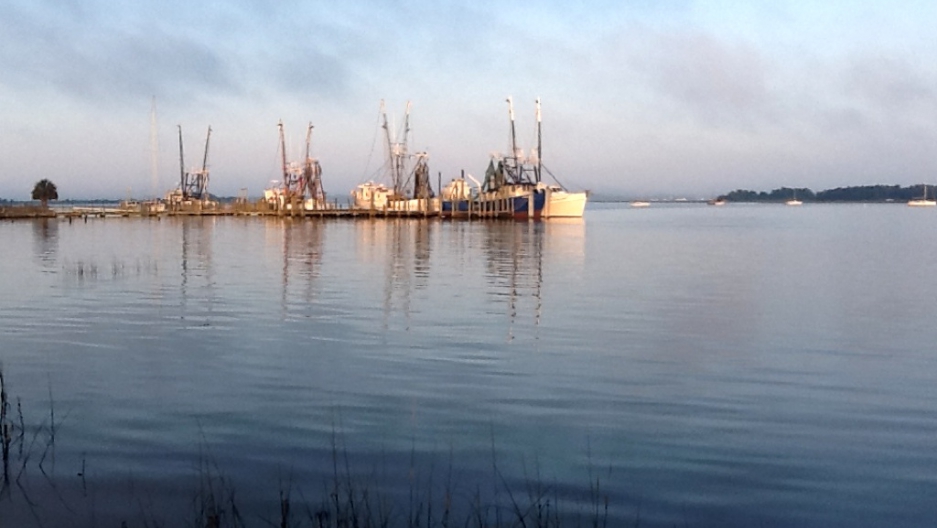 FERNANDINA BEACH, Fla. — When this island town just north of Jacksonville kicked off its 51st annual Shrimp Festival this week, one obligatory guest of honor was missing: locally wild-caught shrimp. The delicacy that was the foundation of the world's first modern shrimping fleet has fallen victim to environmental pressure, overfishing and especially to low-cost, farm-raised shrimp from Southeast Asia.

Now, with President Barack Obama back from an Asia tour seeming desperate to conclude the sweeping Trans-Pacific Partnership (TPP) trade pact, some fear that Shrimp Fest should be rebranded as a wake.

"The fleet is already down to just a handful of boats, and most of that shrimp we'll be eating is frozen and flown in from Asia," says Capt. Steve Hair, a sport-fishing guide and island native whose boat, Ye Old Pirate, has been a fixture in these waters for decades. "The sport fishing is still good, but shrimping ain't what it used to be. They're just hanging in there because it’s a family thing — a way of life."

If TPP passes, it may be a way of life that no longer provides a living.

The effort to get Pacific Rim nations to agree to lift most trade restrictions is a centerpiece of Obama’s “pivot to Asia,” as well as his economic policy. Sold as a boon to America’s high-tech, innovation-driven economy, the administration says the pact would bring $77 billion worth of economic activity to the United States annually.

Most of that benefit, however, would accrue to industries with competitive advantages: software and technology, auto and aircraft manufacturers, financial services and the energy sector.

Most here believe TPP will only accelerate the decline of the US shrimping fleet.

Trouble set in over a decade ago, when cheaper imported shrimp began arriving from Southeast Asia, undercutting an industry that had already been suffering from the effects of overfishing and habitat degradation.

When fuel prices spiked during the Iraq War in 2004, many local shrimpers gave up the ghost. Standard Marine, a fixture on the island since its founding in 1900, shut down its local operations and moved its headquarters to Tampa, on the Gulf Coast.

“It just became impossible for those guys to make a living,” Hair says.

The shrimpers have not gone down without a fight, though. A half dozen boats still trawl the waters here, supplying restaurants and specialist customers starting in late May, when the local season begins. To stay afloat, they have taken to lobbying in Washington and in the state capital, Tallahassee, through a group called the Southern Shrimp Alliance.

Uniting with lobstermen in New England and line fishermen around the US, they have pressured Congress to insist on food and labor safety measures that could help provide a buffer for US fleets against cheap Asian labor costs.

Rosa DeLauro, a Connecticut Democrat, has demanded that TPP talks address the issue of trans-shipped shrimp from unregulated farms in China, which she alleges are passed off as healthier stock by Malaysian exporters. She also complained that Southeast Asia seafood regularly shows much higher levels of banned antibiotics.

In a letter to the federal trade representative last year, De Lauro said if TPP is not carefully crafted, “The foreseeable increase in seafood imports under a TPP FTA [free-trade agreement] will lead to more unsafe imports reaching American consumers.”

It could also mean a lifting of anti-dumping duties currently levied on cheap shrimp imported from India, Brazil, China and Ecuador.

Either could be the death knell for shrimping as a US industry.

“When a bag of shrimp has to have an ingredient list on the back with 27 unpronounceable additives, you know you have a problem,” he said. “Shrimp should just be shrimp, end of story."

But money is money, too, and so far, the market for “all-natural shrimp” has not been enough to keep the fleet at sea.