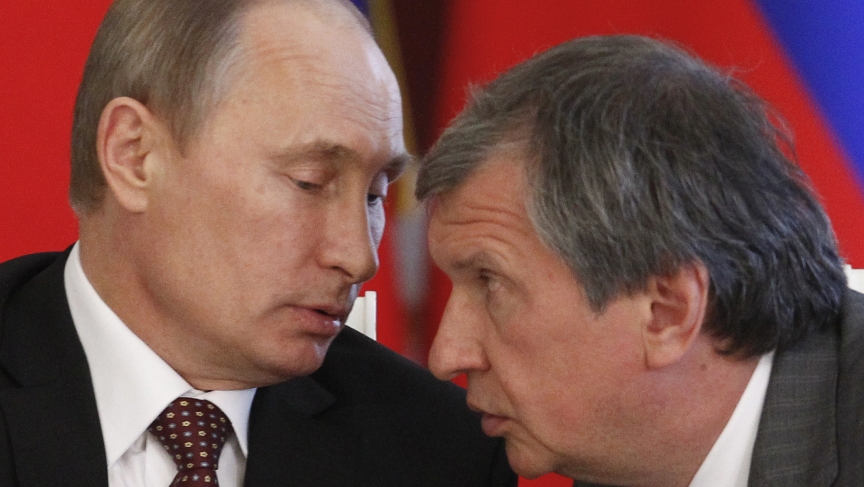 Igor Sechin, the head of Russia's largest state-run oil company, Rosneft, is now the target of new sanctions from the US.

Sechin once worked for the KGB and alongside Putin in St. Petersburg. When Putin became president, he made Sechin his energy czar.

Within Russia, Sechin is regarded by many to be the second most powerful man in the country, said Jason Corcoran of Bloomberg News in Moscow, and is sometimes referred to as Darth Vader, after the "Star Wars" character.

"He doesn't wave a light saber and he doesn't wear a mask, but has a certain aura — an intimidating aura about him," said Corcoran. "He's an old school Communist with capitalist values."

In its latest round of sanctions, the US is imposing travel bans and freezing the assets of business leaders who are close to Putin.

Many of Putin's associates have held assets in the US at various times. "These [new sanctions] will be very inconvenient for Sechin," said Corcoran. "If he wants to sell a bond, or equity, or talk to investors, he can't go to New York anymore."

But for these sanctions to really bite, "they have to be sector-driven," said Corcoran. For instance, blocking the sale of Russian gas and oil to Germany would hurt Russian exports. At the same time, though, that would cause long gasoline lines in Frankfurt and Munich.

And American companies might feel the pinch of more targeted sanctions, as well. Exxon-Mobile has joined with Sechin's Rosneft to explore for oil in the Arctic Circle.

Rosneft has plans to buy the oil trading arm of Morgan Stanley. And, said Corcoran, FCC regulators "are putting this deal under the spotlight... so there might be difficulty in closing the deal."

By targeting powerful friends close to Putin, the US is hoping to force Russia into easing tensions in Ukraine.