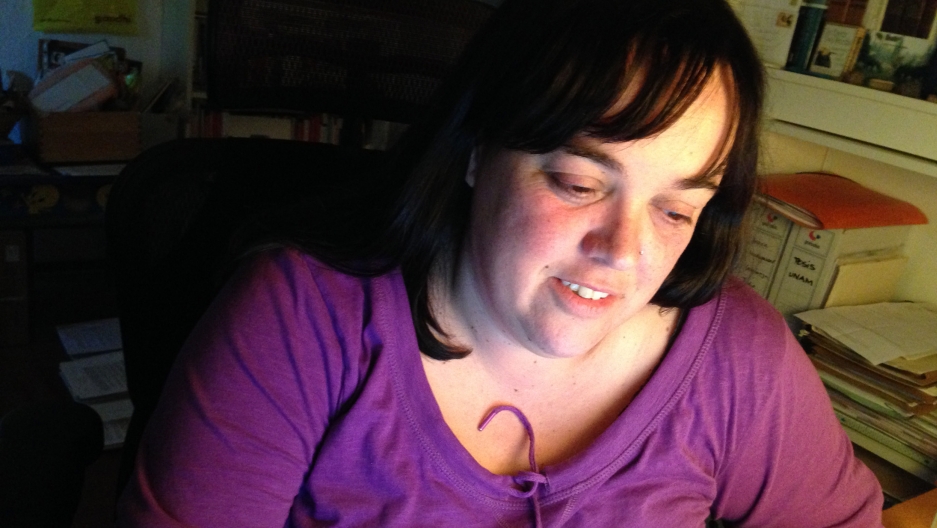 Lolita Bosch is behind the website Nuestra Aparente Rendición (NAR), which puts a face to the victims of cartel-related violence in Mexico. Bosch, from Spain, has lived in Mexico for the past 20 years.

In August 2010, 72 people were found dead in northeastern Mexico, near the Texas border. They were migrant workers, but not from Mexico. They were Central Americans heading to the United States.

A drug cartel kidnapped the migrants, robbed them, and called relatives in the US to demand money. The migrants were murdered in the end, except for one man who survived by pretending to be dead.

Lolita Bosch, an author from Spain who has lived in Mexico for years, could not shake what happened. She took a break from writing novels to investigate the casualties associated with Mexico's drug cartel violence. She found there was little documented about the victims, so she created the website Nuestra Aparente Rendición (NAR), which loosely translates as, "It seems we have surrendered." 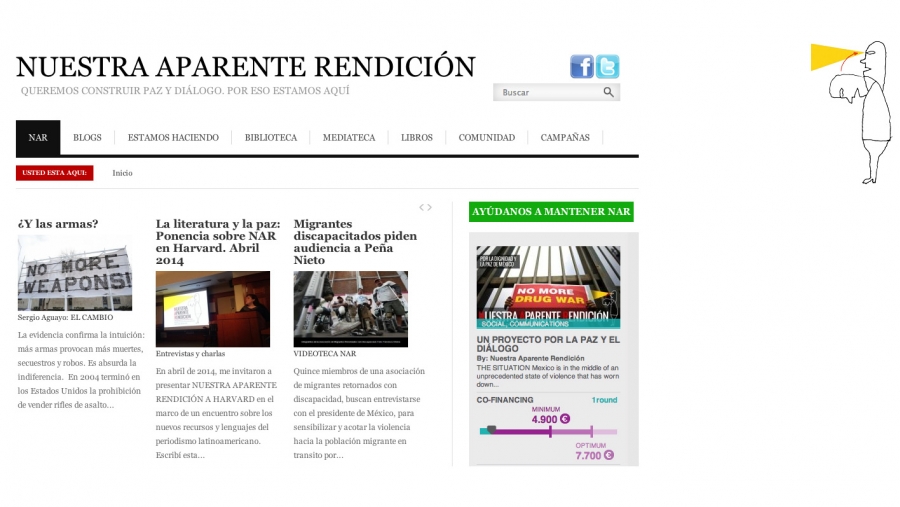 Nuestra Aparente Rendición is a website started by author Lolita Bosch. The main goal for the site is to track the casualties of the drug wars in Mexico.

It's a site dedicated to investigating the victims of drug cartel violence.

To cover the victims of the August 2010 killings, Bosch chose 72 writers and assigned each writer a migrant. "We would adopt a person [and] find out why he was leaving and where he was heading and why," Bosch says. The site also brings together voices — and questions — from victims, journalists, artists and academics, to openly discuss violence and its aftermath.

"For example," Bosch says, "a young kid from Monterrey writes us to say, ‘How can I live without hating the people who killed 52 people next to my house?’ And I said, ‘I don’t know, but I’m going to ask a philosopher.’ So I call a philosopher and he gives him an answer. So we try to make people talk."

Bosch got the idea for the project after reading about the death of Amando Carrillo Fuentes, a famous drug dealer who ran the Juárez Cartel and died during a plastic surgery procedure.

A part of the website, called Menos Dias Aqui, or "Fewer days here," tallies those killed from drug-related violence in Mexico. But the numbers are not official and Bosch says that's intentional. She says she wanted to look into the names that are usually seen in a newspaper for just a day and gone the next. "I thought we should keep their names and explain who they were," she says.

Volunteers help Bosch count the number of people dead in Mexico. It's not easy. Bosch says it's not unusual to receive calls from volunteers, distraught after helping tally the latest death toll.

Bosch knows her work can put her in a dangerous spotlight. "I feel being in Mexico, it’s a risk for all of us, especially if you were against the war. The government feels like we're daring them, because we are saying out loud they’re not doing their job. But they are not doing their job, so somebody has to say it."

The NAR site has also proven to be a resource for Mexicans tangled in the drug war violence. She remembers receiving a call from a woman in Monterrey. Her husband had been found in a mass grave, a likely victim of cartel violence. The grave was in Sonora, far from Monterrey.

"She had no money to go there and leave a flower on the mass grave where her husband was found," says Bosch. "And she asked if we could send someone and leave a flower there and send her a picture. So, we did. We sent a friend and we took a picture of the flower and we sent that to the woman. And that’s the only thing that woman has left."

Bosch says her work documenting the violence and working with victims has only strengthened her connection to Mexico.

"That’s my home. I lost friends. I lost family in that war. Somebody has to stand up, so we did. I remember I used to live in the States in 1988, and I learned that sentence that I never forgot, that maybe here you listen to it a lot, but it really changed my life: 'A man gotta do what a man gotta do.' That’s what I’m doing."

This story is part of our partnership with Radio Ambulante, where you'll find an interview with Bosch in Spanish.