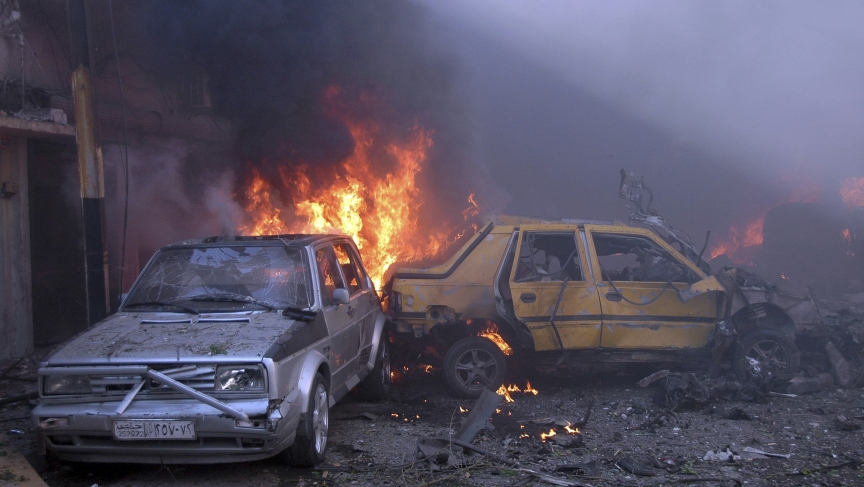 The ancient Syrian city of Homs is known as the cradle of the revolution - the place where the revolt against President Bashar al Assad got started back in 2011.

Now, Assad's government has launched an all out assault on rebel positions in Homs, even as government supporters in the city are planning for a June election.

Wall Street Journal correspondent Sam Dagher is in Homs, where he witnessed fierce fighting on Tuesday.

"It's was a full on battle. I could hear the heavy machine guns, rockets being fired on both sides, mortars," he says.  "Security officials keep telling us this will be over by the end of this week, but it seems like they're really facing some stiff resistance, because the Islamic-led rebels inside the old quarter were able to mount this counter-offensive."

Dagher explains that it's difficult for Syrian government forces to dislodge rebel fighters because tanks and troops have a hard time getting in to the warren of alleyways and old buildings that make up the ancient city.

Still, some of the rebels are starting to lose their stomach for battle. Dagher says he believes the reports that some 600 men of military age have recently turned themselves in to authorities. He says the estimates are backed up not just by Syrian Army officials, but also by Homs residents and opposition activists.

At the same time, he says the battle for Homs won't be over soon.

"It seems like there are a couple of hardcore groups in there, particularly the al-Nusra Front and some of the more Islamist factions that are determined to make a last stand," he argues.

And amid all the fighting, Syria's government is busy electioneering in Homs.

"I was waking around today and I saw people in a pretty dominantly Sunni neighborhood ... as you know most of the fighters are Sunnis, and people were putting up election banners," Dagher notes. "I saw one that read, 'Hand-in-hand we're going to rebuild Syria with you Bashar al Assad.'"

Syria's government may not control all the nation's territory. But Dagher says it is determined to hold balloting where ever it controls territory.