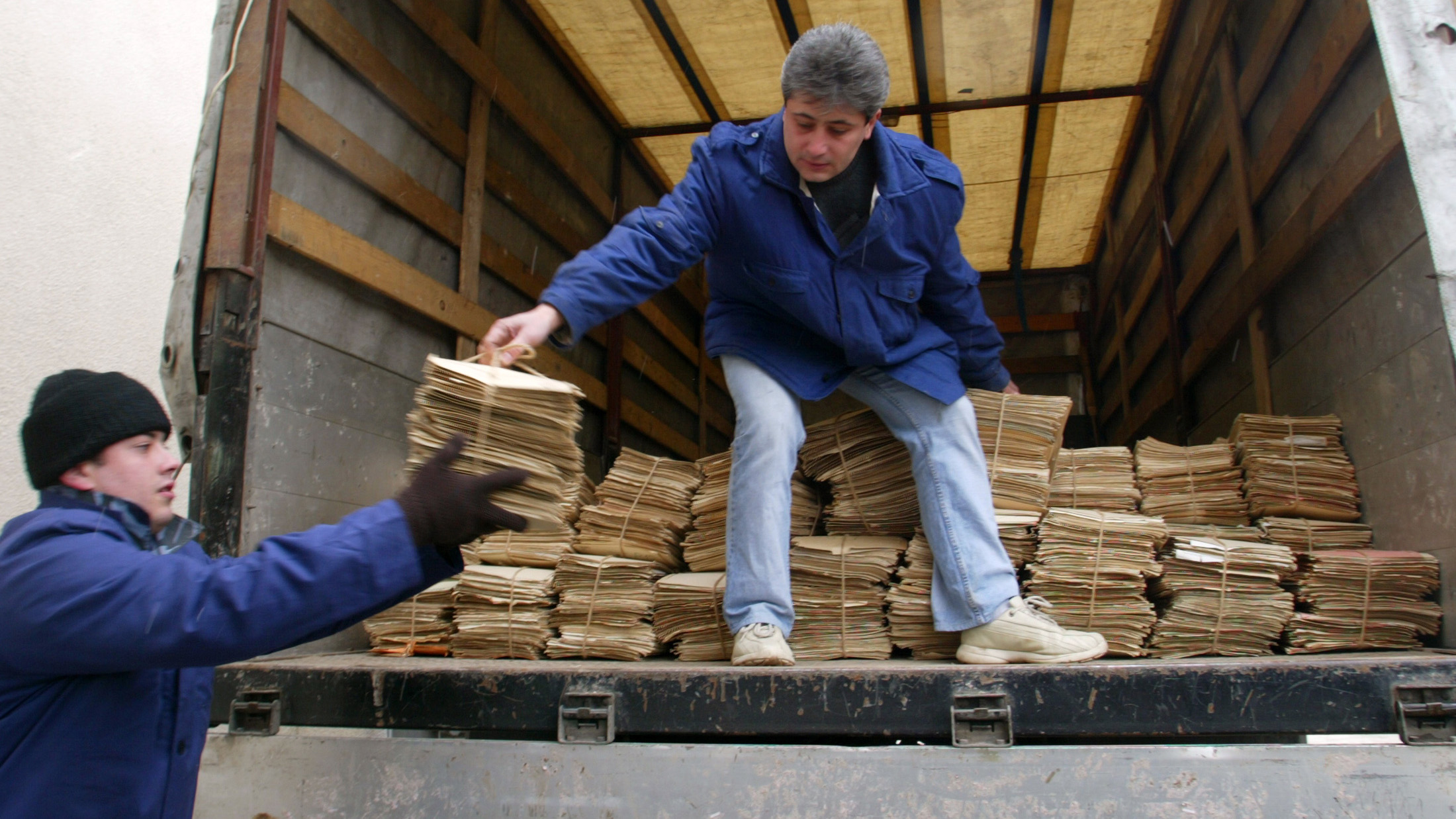 Workers start to unload piles of files compiled by Romania's former communist regime's Securitate secret police from a truck at the headquarters of the National Council for Studying the Securitate Archives (CNSAS) near Bucharest in this March 10, 2005 file photo.

Carmen Bugan has a childhood memory of her father burying the household typewriter in the backyard.

It's not your typical happy-go-lucky childhood memory and that's because Bugan, a writer, is the daughter of Romanian dissidents. Bugan's father, Ion Bugan, was jailed multiple times for protesting against communist dictator Nicolae Ceausescu. He used the typewriter to create anti-communist leaflets. Unregistered typewriters were considered contraband instruments by the Ceausescu government.

Carmen Bugan also remembers being interrogated about her father when she was 12. Bugan's family eventually fled the country nearly two decades ago and hasn't looked back — until last October. That's when they returned for a visit.

Before the trip, Bugan gained access to more than 4,500 pages of documents about her family from the Securitate, Romania's secret police.

She says it took her more than three years to go through the pages, which detailed everything that happened in the family, thanks to microphones the Securitate placed in their apartment.

"We have everything from our dreams that we recounted to each other in the morning [to] the food that we ate, every phone conversation, the fights we had."

She even found that "the secret police got to know us so well, they took part in the fights." Written on the sides of some of the documentation, she says, were notes by the secret police siding with one sibling or another.

Her story is now the subject of a new BBC radio documentary. The hour-long story recounts how Bugan struggled with her parents' decision to rebel against the Romanian government and how the trip back to her home country allowed her family to finally have an open dialogue about why they left and why their lives were in such jeopardy.

"We made peace with our situation in Romania and why we left and with the people there," she says. But the trip also reminded them of the cost. "Because of that situation, we have lost the country. We have been immigrants. We have been people without a home for 25 years."

Bugan wrote a memoir, Burying the Typewriter, and is working on another about the family's return and the Securitate files on her family.