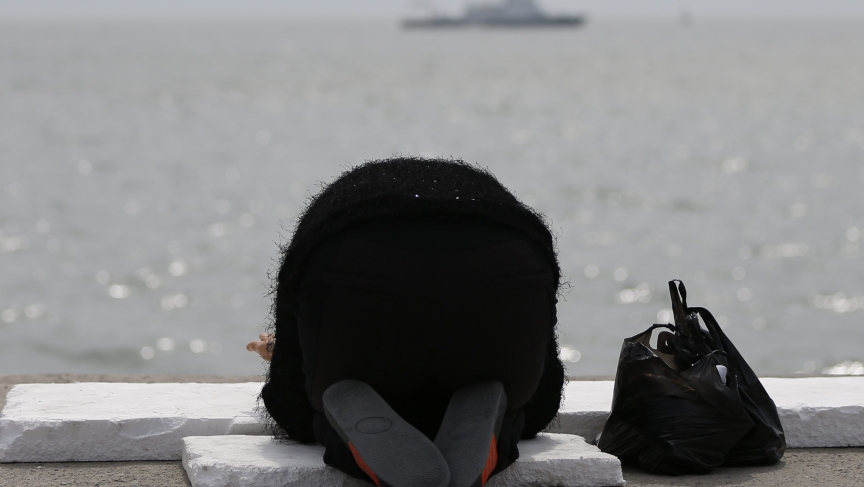 Hundreds remain missing five days after the Sewol ferry sank off the southwestern coast of South Korea. This weekend, authorities arrested the ship's captain, Lee Jun-seok, and two of his officers.

A photo of the captain stepping safely off his sinking ferry continues to circulate online. South Korean bloggers have used that photo to go for the captain’s throat, calling him the "evil of Sewol.” South Korean President Park Geun-Hye has been nearly as blunt. Today, she called his actions, "tantamount to murder."

Reporter Jason Strother thinks the president may be trying to distance herself from the tragedy. "It's really strange that a president would declare her feelings about an ongoing investigation," he says. "It kind of raises the question, 'Can this be a fair trial?'"

Divers continue to try and recover more bodies from the ferry — many of the victims were students traveling on a school trip. Aside from the effort to retrieve bodies, says Strother, the authorities are trying to determine just how this happened. "We're not even sure yet why this boat began to capsize," he says.

Regardless of the cause, it’s looking more and more likely that Captain Jun-seok may have violated South Korean law in abandoning his ship. "It stipulates that a captain must ensure the safety of his passengers," Strother says. "And if it's found out that his actions, or inactions, led to his passengers' deaths, he could be punished."

Strother says the captain was one of the first people to leave the sinking ship — which certainly doesn't help the captain's public image. To defend himself, Jun-seok has told reporters he was concerned that passengers abandoning the ship might be swept away in strong currents.

Newly-released transcripts of communications between the ship's bridge and traffic officials on a nearby island reveal other problems aboard the ship. The intercom system on the boat may not have been working properly. So even if Jun-seok had given an evacuation notice, many may not have heard it.

Details are still murky. And the story continues to dominate South Korean news coverage. Strother says the tragedy is on everybody's minds and the nation is in a state of mourning.

"Over the weekend, sporting events were canceled, K-Pop concerts were cancelled and there were reports that Samsung asked its employees to abstain from drinking and golfing over the weekend out of respect to the victims," he says.

Almost everyone in South Korea has traveled by ferry. Strother says it’s a common way for people to get from island to island. "I don't think people have considered their safety concerns, until now."