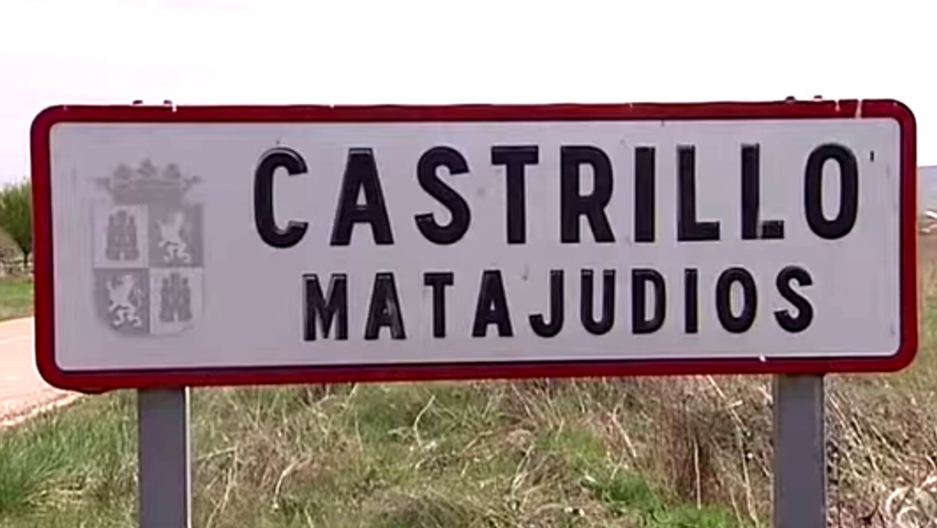 Residents of Castrillo Matajudios in northern Spain are facing a tough decision: whether to change their village’s name from “Castrillo Kill Jews” to something less completely awful.

That’s the proposal floated by mayor Lorenzo Rodriguez, who presides over the 60 person town. He favors switching to Castrillo Mota de Judios (“Castrillo Jews’ Hill”), which is thought to be the village’s original name before it was changed during the Spanish Inquisition.

A formal vote — when it happens — will be conducted democratically. "The majority decision will be respected, even if it is only by one vote," Rodriguez told newspaper Diario de Burgos.

But before taking any drastic measures, the mayor is keen to unlock the history of Castrillo’s Jewish population and has commissioned research to fill in existing knowledge gaps.

The results will be presented at a referendum set for April 19, where the 60 residents will discuss this whole name change thing.

Castrillo neighbors the larger town of Castrojeriz, which [had] one of Spain's first Jewish communities. The well-known "Law of Castrojeriz," or "Town Charter," gave equal rights to Jews and Christians in 974...

But in 1035, the people of Castrojeriz massacred 66 Jews and banished the rest to nearby Castrillo, which became known as the "Mota de los Judios." In 1109, people from Castrojeriz went to Castrillo and committed a second massacre.

The Jewish population of Castrillo carried on and set up businesses overlooking the Camino de Santiago, the pilgrimage route from France to St. James’ remains in Galicia, Spain.

Life was very good for the town's Jews during the Middle Ages, according to Castrillo’s official website, which fails to mention the massacres, the Inquisition or the expulsion of some 200,000 Jews from Spain in 1493.

But Spain’s “matajudios” fixation isn’t limited to town names. Both “Matarjudios” and “Matamoros” (Kill the Moors) exist as surnames.

There's also "matajudios" or "matar judios," the boozy lemonade consumed at festivals across the Leon region, particularly during Semana Santa, or Holy Week. As the Jerusalem Post explains, "[t]he name originates from medieval times, when converted Jews would sometimes be publicly executed in show trials at around Easter."

Jews came to Spain around 2,000 years ago and until the Inquisition, the country had one of the largest Jewish communities in Europe, notes The Guardian. Their systematic persecution by Christians diminished after Muslims invaded Spain in 711. All three groups lived in relative harmony from the 8th through 14th centuries.

But the Jews were widely blamed for Europe’s plague and “in 1391 there were pogroms in all of Spain's major cities,” adds The Guardian.

That's around the time that the town of Castrillo decided to change its name from “Jews' Hill” to “Kill the Jews” — as a nod to its Christian character.

It's a pretty simple fix, guys. Antena 3 News via YouTube

Today Spain’s Jewish population is relatively small compared to its European neighbors but that may be about to change.

In November 2012, the Spanish government announced it would grant dual citizenship to descendants of expelled Sephardic Jews. This could increase the number of Jewish citzens from 50,000 to 200,000 — at least on paper.

In the meantime, the residents of Castrillo “Kill Jews” will debate the pros and cons of a name change. Why a step in the direction of maybe decisive action, finally, after 500 years? “Because we want to be visited and become a major tourist resort,” says the mayor.