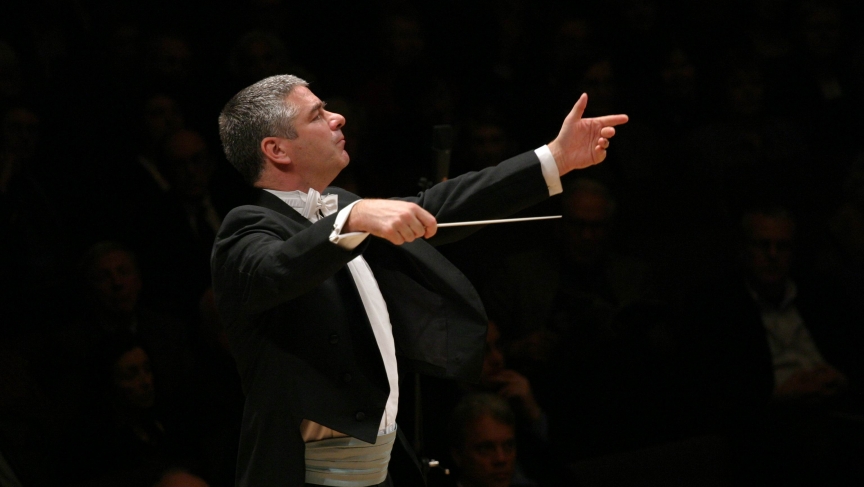 The conductor lifts a hand, the orchestra begins to play and a shiver runs down your spine.

You know the feeling.

You just had a “skin orgasm,” according to Psyche Loui, an assistant professor of neuroscience and behavior at Wesleyan University. Another word she uses to descibe the reaction is “chills.” For you, this is an emotional experience. For Loui, it is also a scientific one.

“In our experiments, it has to do with an intense aesthetic experience that people get when they’re perceiving some art,” Loui says.

In other words, it’s an emotional response that’s so strong, it causes a physical reaction.

There’s no one genre or style that triggers chills. Loui says personal preference dictates the response your body will have to music.

Regardless of taste, all those people feel chills associated with some type of music. But music doesn't appeal to everyone.

“There are people who never seem to respond to music emotionally,” Loui says. “People who report never really getting chills.”

Turns out, there's a biological explanation for this. The “chill” group has a stronger connection between the parts of the brain that process sound and the parts that process emotion.

For Loui, these results lead to more questions. For example, she wants to know why music has evolved to be a fundamental piece of every human culture. Her study also shows a connection between musical creativity and empathy. She says that's led her to believe we use music as a way to identify emotionally with one another.

“The reason why music might have evolved is to ... use sounds to communicate directly with regions of other people’s brains that are important in emotion and social functioning,” she says. “In a way, we’re using it as an emotional form of communication.”

Loui says her “pet theory” is that artistic creativity is unique to humans. It sets us apart from singing birds and screeching monkeys. Only humans attach emotion and reward to music. The problem with the idea that music defines us as humans, though, is that not every human likes music.

“There’s some music that we could just listen to over and over and over again,” Loui says. “Everybody kind of has that music — except for the people with musical anhedonia.”

Musical anhedonia is the inability to experience pleasure from music. People in this category are very much human, yet they don’t get chills.

On the other hand, Loui says people with synesthesia, a phenomenon of the brain that allows someone to "taste" shapes or "smell" colors, seem to have a heightened aptitude for certain areas of music.

“This has really led us to think that there must be some differences in brain connectivity that might be pre-existing,” she says. “Or a kind of predisposition toward being more receptive to the types of information that you get during musical training.”

“Is it absolutely required?” she says. “Maybe not. Maybe it’s not required in the same sense that fire was not evolutionarily required, but it certainly helped humans evolve as a species and do as well as we’re doing now.”

This story comes from PRI's partner The Really Big Questions, where you'll find the hour-long radio documentary, "Why does music move us?" and other stories about what makes us human.