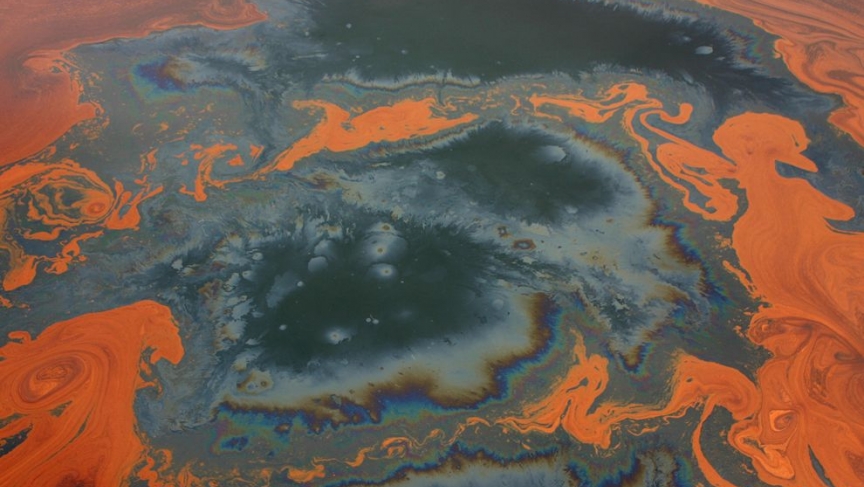 When the Deepwater Horizon disaster happened in the Gulf of Mexico in April 2010, oil gushed into the ocean for nearly three months. To get rid of the oil, crews sprayed huge amounts of toxic chemicals called dispersants into the water.

Dispersants break down oil into smaller droplets that can more readily mix with the water. According to the Center for Biological Diversity, dispersants don't reduce the amount of oil, but push the effects of the spill underwater. "Both the short-term and long-term impacts of dispersants on marine life have not been adequately tested. As acknowledged by the EPA, the ‘long term effects [of dispersants] on aquatic life are unknown.’”

Dispersants may have made the surface waters look better, but they may also have made things worse for countless tiny microorganisms that live in the gulf — single-celled organisms like bacteria and small plants, like algae. Tinka Murk, a researcher at Wageningen University in the Netherlands, says one unexpected problem with the dispersants is that they “irritated the algae.”

Murk is a member of the Center for Integrated Modeling and Analysis of the Gulf Ecosystem, a consortium of scientists from 13 institutions and four countries who are studying the effects of the Deepwater Horizon oil spill.

“The algae,” Murk says, “produced a kind of protein that is sticky, like a spider’s web.” This protein, which resembles thick mucous, stuck to the oil, mixed with sediments in the water, and sank to the bottom of the Gulf. “So instead of diluting the oil,” Murk says, “you are concentrating the oil on top of the sea floor.”

As this “snot-like” substance piles up on the ocean floor, it can kill off tiny creatures at the bottom of the food chain — and that has a big impact on other species, like commercial fish.

There may yet be one small silver lining in this dark cloud of oil. As was reported at the time of the spill, there is a class of “hydrocarbon-chewing” microbes that feast on oil in the water after it spills. In fact, according to Scientific American, “the primary motive for using the more than 830,000 gallons of chemical dispersants on the oil slick both above and below the surface of the sea [was] to break the oil into smaller droplets that bacteria can more easily consume.”

Rudi Müller, a microbiologist at the Hamburg University of Technology and also a member of the consortium, studies how these bacteria behave. Muller says scientists know that the more food these organisms get, the better they grow. But the question is, “How do these bacteria behave in the deep sea, under high-pressure, low-temperature conditions?”

To try to answer this question, Müller created custom-made equipment in his lab. Inside a half-dozen bronze cylinders, each about a foot tall, Muller mixes bacteria and oil, then cranks the pressure up to more than 2000 pounds per square inch to recreate conditions at the bottom of the Gulf. By studying what happens next, Muller hopes to learn exactly what the microbes do to oil in the deep ocean — that is, how the bacteria break down the oil, and what conditions make it possible.

Studying these bacteria might lead to a new way of cleaning up oil spills, suggests David Hollander, a geochemist from the University of South Florida who works with the researchers in Hamburg. “There are new visions for different types of dispersants, which not only involve the breakdown of oil into finer particles, but the application of microorganisms that are capable of degrading the oil — so that when the dispersants break it into small particles, the microorganisms can attack it.”

In other words, if the right bacteria are put in the right place at the right time, they could break down the oil enough to get rid of its most poisonous ingredients — compounds like benzene and toluene — more quickly.

To make this possible, Muller says, you’d need a huge supply of oil-eating bacteria ready to go at all times, and you’d have to pump them onto the oil within a few hours of a spill. Scientists are still a long way from making that a reality. But if they did, it could make a big difference for first responders, who get exposed to those toxins during cleanup.

This story was first published as part of PRI's Living on Earth, a weekly radio show on science and the environment.