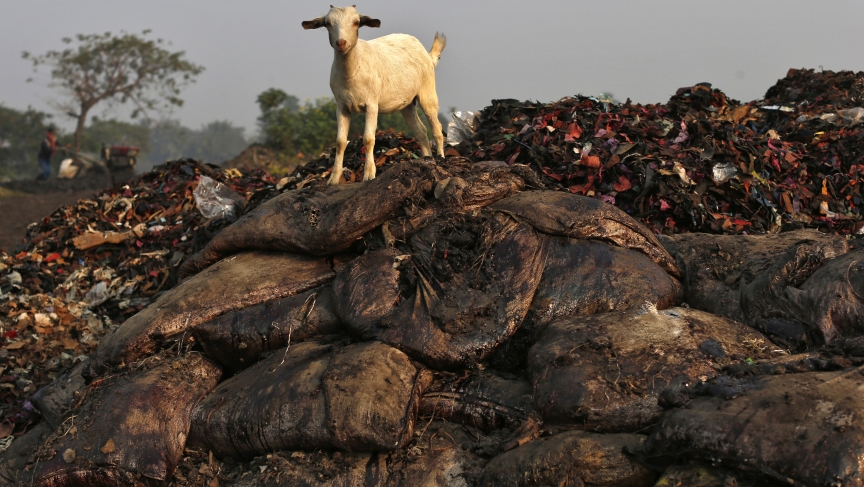 A goat stands on a heap of scrap leather, which will be burnt in an oven and made into fertilizer, at a factory in Kolkata February 14, 2014.

The face of a goat doesn't really inspire. It has a deadpan stare, and it's certainly not the liveliest.

"That's the common public impression, that goats and most other farm animals are not very intelligent," says Elodie Briefer, a researcher at the Institute of Agricultural Sciences in Zurich.

In a recent study, she and her colleagues found that behind that dazed look is a pretty smart brain, too.

It turns out that goats haven't really been studied for their cognitive skills, at least not in the same way that chimps have.

"By working with them, we realized that they are actually very curious animals," Briefer says. "Most people who own goats, they know that they can open locks and escape from any pen."

The goats involved in the study were already domesticated. They were put through a series of tests over the span of several months to measure their thinking abilities.

What they designed was essentially an obstacle course to get food out of a box. Briefer and her team timed the goats to see how fast they could get their grub.

"After these really long intervals, they could solve the task within two minutes, which was quite surprising for us," she says.

"They can manipulate objects easily, they can learn complex tasks, and they can remember them," Briefer says.