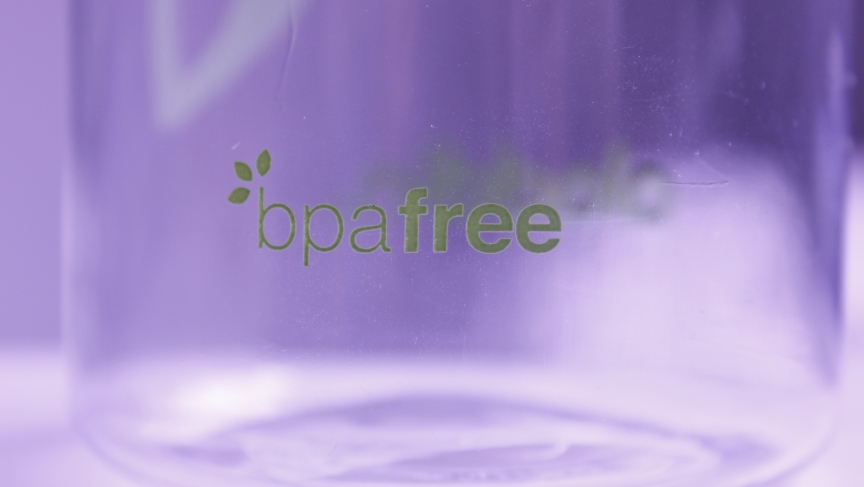 Remember the scare over BPA in plastic water bottles harming our health? Well, the new BPA-free bottles may be just as dangerous.

In 2008, scientific research on the health effects of the chemical bisphenol A (BPA) became convincing enough for many consumers to shun plastic drinking bottles, baby bottles and containers with the substance. BPA is the major component in the hard, clear polycarbonate plastic.

A movement grew, and, eventually, the manufacturing industry and the FDA acted and BPA was banned from many products, particularly those used by children. Plastics manufacturers then created BPA-free alternatives. Millions of people now have bottles and containers containing BPA replacements such as Tritan, created by Eastman Chemical.

Now, recent research is suggesting that Tritan and many other plastics are no safer than those with BPA.

Mariah Blake, who recently published an investigative report in Mother Jones about BPA and other plastics, says dangerous chemicals in plastic products are a much bigger problem than most people realize.

“There are more than 80,000 chemicals that are used in commerce in the United States,” Blake says. “And only a very tiny fraction of these have ever been tested for safety.”

Under the US regulatory system, Blake says, chemicals are generally presumed safe until proven otherwise.

The health hazards of BPA, for example, are now well documented. And that's what led it to be pulled from the market. An "endocrine disruptor," BPA mimics the activity of hormones, such as estrogen, in the body, which can lead to reproductive disorders, breast and prostate cancer, diabetes, heart disease and other conditions.

Meanwhile, the health hazards of the replacement chemicals are almost completely unkown.

One of the scientists testing those replacement plastics is George Bittner, a professor of neurobiology at the University of Texas. In 2002, with the help of a grant from the National Institutes of Health, Bittner launched a private company called CertiChem, which tests plastics and other products for synthetic estrogen.

Eastman Chemical disputes Bittner's finding. The company responded to Blake's article with a forceful written statement, which was also provided to Living on Earth:

Eastman stands behind its products. To ensure the safety of Tritan™, a BPA-free plastic, we used testing methods regarded as “gold standards” by the scientific community. In fact, we have gone above and beyond government and industry testing requirements. Independent third-party labs tested Tritan and have proven that it is free of estrogenic activity.

Blake isn't buying it. She also claims that Eastman's response to Bittner's study has not been solely about the facts.

“They told their corporate customers that Bittner was shady,” Blake says. “They claimed that his tests had been rejected by the EPA when, in fact, they hadn’t. They called his business practices into question, and they also made the case that his testing methods were not reliable.”

Eastman countered Bittner's findings with tests of its own. But according to internal company emails revealed in a court case in Austin, Texas, Eastman's initial tests found that Tritan was, in fact, estrogenic. Eastman then ran a second test using computer modeling that predicts, based on the chemical structure, whether a chemical is estrogenic.

“That test,” Blake says, “found that one of the ingredients in Tritan is more estrogenic than BPA.”

A third test used lab animals. But, Blake says, many of Eastman’s animal tests are run on a type of rat that is known to be insensitive to estrogen. “What this means,” Blake argues, “is the industry is testing a chemical that mimics estrogen on an animal that does not respond to estrogen.”

Eastman has enlisted professional consultants to help them promote the safety of Tritan and to dispute — Blake would say "discredit" — the science behind Bittner's findings. This campaign, Blake writes in Mother Jones, “closely resembles the methods Big Tobacco used to stifle scientific evidence about the dangers of smoking.”

"Many of the same scientists who were involved in doing tobacco industry research are now doing chemical industry-funded research on chemicals like BPA," Blake says. "And just like [with] Big Tobacco, [where] industry-funded studies generally did not find that smoking or second-hand smoke was harmful, these studies are not finding that BPA and similar chemicals are harmful."

Eastman takes issue with that claim, as well. It states:

Eastman does not fund independent third-party labs. It hires labs to provide time and expert services to arrive at an independent result, not for a particular conclusion.

All of this leaves consumers right back where they started — in the unenviable position of not knowing whom to trust.

Blake insists that the public needs to be made aware that many of the chemicals in the products they use every day have never been tested for safety.

“We know that these chemicals have some sort of an effect,” she says, “and we know that many plastics probably contain these chemicals, but we don’t know what exactly the effects will be. One of my sources put it this way: ‘It’s like an unplanned science experiment we’re doing on our families every day.’”

Blake has a three-year-old son — and she gives him a stainless steel sippy cup with a non-plastic top.

This story is based on an interview with Mariah Blake from our partner Living on Earth, a weekly radio show about environmental issues.