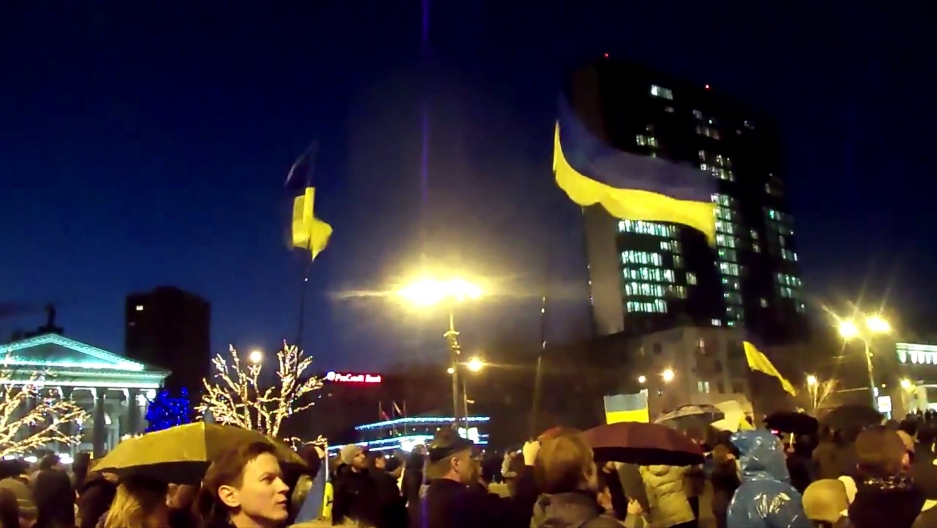 Thousands gathered at a March 13th rally for Ukrainian unity in the eastern city of Donetsk
Credit: Donetsk is Ukraine
Share

DONETSK, Ukraine — Thousands rallied for national unity three weeks after protests in Kyiv forced president Viktor Yanukovych to flee the country. But here, near the Russian border, not everyone wants a united Ukraine. Pro-Russian supporters ambushed a March 13 demo, leaving one group of protesters trapped. A 22-year-old man was stabbed to death.

Pro-Ukrainian unity activists say the killing has, for now, forced their movement off the streets.