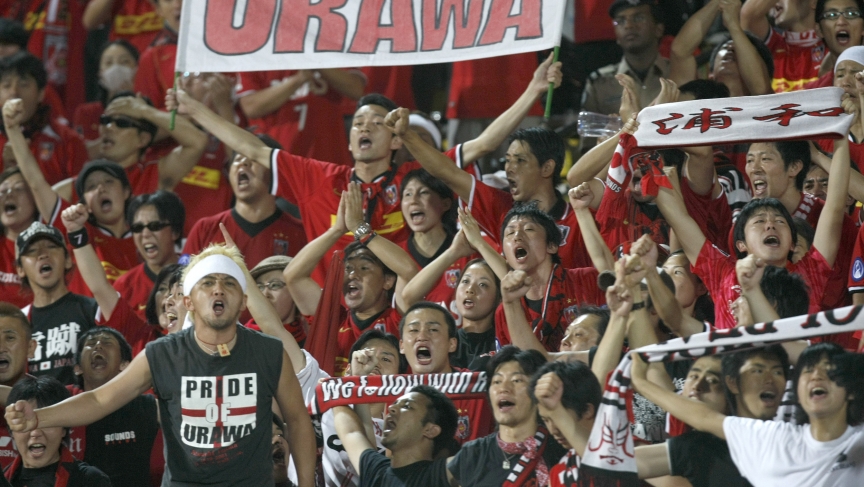 Last week, the Japanese soccer team the Urawa Red Diamonds played before an empty stadium. And it's not because they're unpopular.

It was punishment for allowing fans to put up a "Japanese Only" banner in the stands.

Team officials said a small group of supporters hung the banner in a stadium entranceway during a home game on March 8.

"The team was expected to take the banner down right away," said Time magazine's Tokyo correspondent Kirk Spitzer. "The team management says they learned about the banner being put up about an hour into the game. They said that they did not deem this to be racist, discriminatory or derogatory towards foreigners so they left it up."

The story went viral after fans posted photos of the banner online.

Urawa Reds’ officials later apologized and said they had banned about 20 members of a supporters’ group responsible for hanging the banner.

"The fans say that it really wasn’t meant in any racist or derogatory way," said Spitzer. "They simply didn’t want any foreigners sitting in their section who might not understand the group cheers and might not participate."

League officials ordered the Urawa Reds to play their next home game in an empty stadium.

During Sunday’s match, stadium billboards were replaced with signs promoting the UN's Sports for Peace program and players’ uniforms sported the program's logo.

At a pre-game ceremony, Uwara's team captain Yuki Abe said the players pledged to “stamp out racism, be it discrimination against race, skin color, gender, language or religion or background, and will not tolerate any discriminatory or insulting language or behavior.”

Japan's national team qualified to play in the 2014 FIFA World Cup in Brazil this summer. But the fans will have to keep those "Japanese Only" banners at home.

"I’m sure that the authorities here will remind everyone to be on their very best behavior when they go to Brazil," Spitzer said.