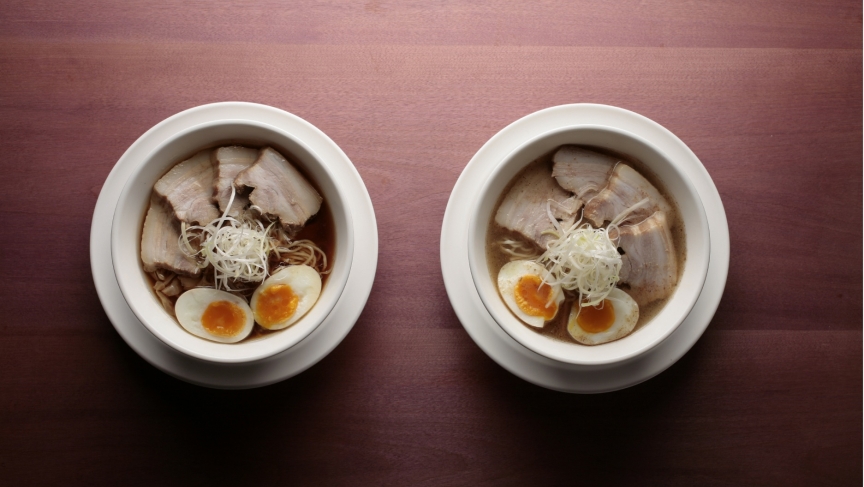 So how did he get to be famous for making Japanese ramen noodles — in Japan? Orkin’s Slurp Shops are a hit in Tokyo, as well as New York.

Turn the clock back to 1978, when Ivan Orkin was 15, growing up in Syosset, Long Island.

One day, a Japanese restaurant opened up, the first in town. Ivan’s friend found work there. And they needed another guy. So Ivan got the call.

On one of his first days there, he arrived at work hungry. (Remember, he was a 15-year-old kid.) Ivan was dizzy with hunger, so asked the chef for something to eat.

The chef pulled out a bowl and, Orkin recalls, "he fills it with rice, cracks an egg into it, whips it up with his chopsticks." The chef added soy sauce, sprinkles of nori (dried seaweed), and thrust it into Orkin's hands. Orkin remembers being taken aback, but he ate it.

"It was creamy and a little fishy" — and he liked it. After that, he was invited to eat everything, from raw squid stomachs and livers to tuna and everything else common to Japanese cuisine.

The job only lasted a year, but it was a defining experience. Orkin fell in love not only with Japanese food, but with Japanese people. "They were kind to me, they took care of me, and I was impressed."

Orkin ended up graduating from college with a degree in Japanese. "And so it just seemed to make sense to move to Japan." 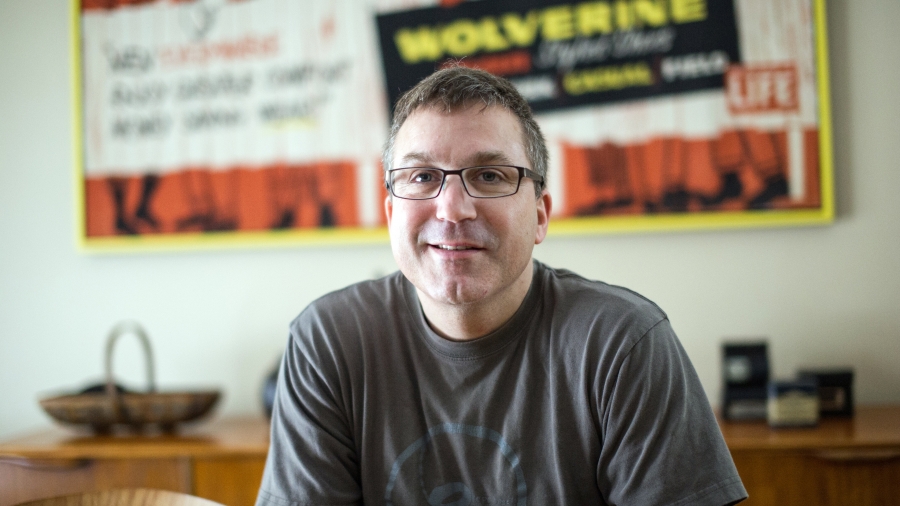 He remembers flying into Tokyo's Narita airport for the first time like it was yesterday. "My memory is that, as the wheels touched on the tarmac, I felt like I was coming home. It was really cool." Japan was, he says, where he belonged.

Living in Japan, Orkin started eating ramen, and lots of it. (He was particularly inspired by the classic Japanese movie Tampopo, about noodles and, well, life.) "I was eating slurp bowls all the time."

But when he moved back to New York in the 1990s, ramen was hard to come by. You could find other things — "you could eat great yakitori, you could eat pretty good sushi" — but not ramen of any quality.

"And so I just yearned for ramen. It just became this crazy thing where I was jonesing for ramen all the time."

Thirteen years later, Orkin finally moved back to Japan. "All I did was eat ramen." He and his wife would drive around Tokyo with a ramen-locating app on their flip phone.

"I would be driving everywhere and my wife would have the phone flipped open and she'd go 'turn right here!' or 'turn left there!' and, all of a sudden, we'd see people lined up and we'd park and run and eat a bowl of ramen."

The day the shop opened, Orkin's wife sent an anonymous letter to Tokyo's most prominent ramen critic, saying that a crazy American chef was making ramen in town, and suggesting that he check it out. "The next day, he showed up."

"He walks in, sits down, slurps his bowl." Then he started throwing questions at Orkin in rapid-fire Japanese. Orkin was dripping with sweat, "freaking out." The critic left.

Later that week, the critic wrote on his blog that he went to Ivan Ramen. "And he wrote that it was really good."

And the rest is history.