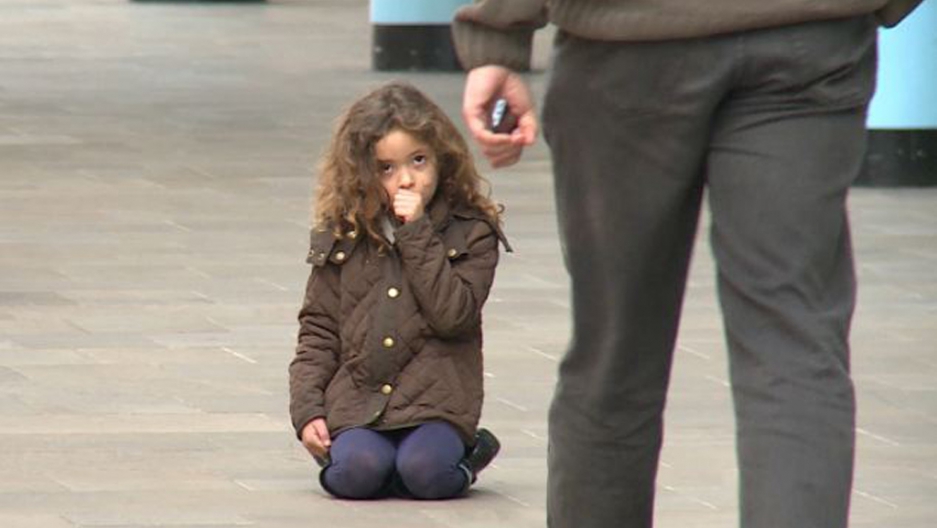 More than 600 people ignored this little girl and her sister, who pretended to be lost at a busy shopping center as part of a social experiment set to air March 25, 2014, on Britain's Channel 5.
Share

Remember when strangers helped a Norwegian boy who was shivering in the cold?

Here's another scenario: Would you stop to help two little girls lost in a shopping center?

But just one woman out of more than 600 shoppers stopped to ask the girls, aged five and seven, if they were okay. The scenario was a social experiment conducted by Britain's Channel 5.

Uma, and her sister Maya, spent an hour looking lost and abandoned in London's Victoria Place shopping center on a busy Saturday afternoon as their mother, Reshma Rumsey, and a reporter watched from nearby.

A mother with a stroller was among those who maneuvered around the girls.

More from GlobalPost: A Norwegian boy was out in the cold without a jacket and this is how strangers reacted

Some claimed to be totally oblivious to the girls' plight when they were interviewed later, while others — particularly men — said they were worried what people would say.

According to Britain's National Society for the Prevention of Cruelty to Children, that's not an uncommon response among young men concerned about being labeled a pedophile for trying to help a child.

The group said that needs to change.

"We have got to get a message out to adults that they have a responsibility to protect children and that must supersede any concern you have for other people's perception of why you are reaching out to help that child," an NSPCC spokesperson said.