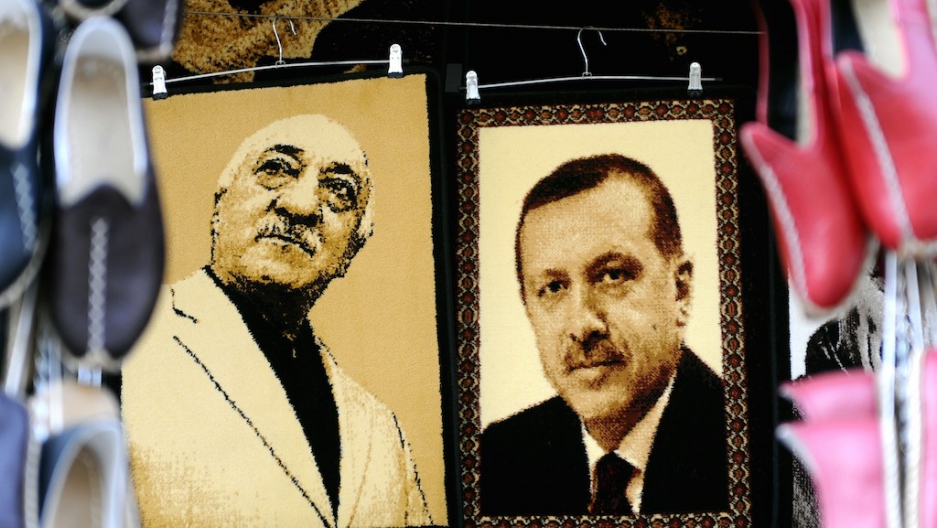 Fethullah Gulen may have been living in exile for 15 years, but the Turkish cleric remains as controversial as ever in his homeland.

To his many supporters scattered across the mostly Islamic country and abroad, Gulen is a preacher, author and teacher who advocates democracy, education and religious coexistence.

He has been compared to the Dalai Lama and once said in a rare interview that “there is no place for terror in true Islam.”

More from GlobalPost: 48 hours on the streets with Istanbul's protesters

But his detractors, including the embattled Turkish Prime Minister Recep Tayyip Erdogan, have a more maligned view of the 73-year-old religious leader.

They have accused Gulen and his movement of setting up a “parallel state” in the Turkish bureaucracy and conspiring to bring down the ruling center-right AK Party — charges Gulen and his followers deny.

So, who is Gulen and how did he go from being a key backer of Erdogan to one of his biggest bogeymen?

Gulen was born in eastern Turkey in 1941. The son of an imam, he began studying the Koran at the age of five. By the time he turned 14 he was a preacher.

From the beginning, Gulen’s teachings differed from those of Islamic groups such as the Muslim Brotherhood.

He spoke in favor of peace through dialogue and cultural tolerance. He also emphasized the importance of public service, free enterprise and science.

Gulen gradually built a vast following, first in Turkey and then overseas. He inspired the opening of schools, universities, hospitals and businesses around the world.

But in the late 1990s Gulen fell afoul of the former secular government.

Anticipating charges of trying to overthrow secular power, he fled to the United States in 1999. The charges were later dropped, but Gulen chose to live in self-imposed exile in Pennsylvania ever since.

Despite his movement’s reach and influence — which is only surpassed by the Muslim Brotherhood, according to the New Yorker — Gulen himself has said, as recently as this week, that he has no intentions of establishing a political party.

Nevertheless, he has worked hand-in-hand with Erdogan’s AK Party in the past. In fact, until recently Gulen was one of the Turkish leader’s most powerful allies, due in part to their shared faith-based worldview.

But cracks in the relationship began to appear in recent years. Gulenists disagreed with Erdogan’s bellicose foreign policy and increasingly authoritarian attitude.

They also became concerned about Erdogan's decreasing commitment to secularism and his support for the Muslim Brotherhood.

The final straw appears to have been last summer when Gulenists blamed Erdogan for the brutal police crackdown on protesters in Gezi Park.

That may have been the moment that convinced Erdogan to “declare war directly on the Gulenist movement,” Victor Gaetan wrote in Foreign Affairs.

He subsequently ordered the closure of thousands of private schools, many of which were run by the Gulenist movement. The schools were a major source of income for Gulen.

Since then relations between the AKP and the Gulenist movement have gone from bad to worse.

In December, Erdogan accused Gulen and his followers of being behind a police investigation into alleged government corruption. The resulting corruption scandal has hit Erdogan's administration hard, just ahead of local elections on March 30.

Gulen denied any role in the graft scandal that has netted dozens of Erdogan's inner circle and become one of the prime minister's biggest political challenges in his 11-year rule.

"It is not possible for these judges and prosecutors to receive orders from me," Gulen said. "I have no relation to them."

Erdogan's response to the corruption scandal was to tighten control of the courts, and fire or reassign hundreds of police officers and prosecutors.

The crisis has worsened in recent weeks with the leaking of audio files claiming to be wire-tapped conversations revealing corruption in Erdogan’s inner circle. Erdogan said Gulen was also behind the “fabricated” recordings.

Gulen has made some accusations of his own.

In an interview with Turkey's Zaman newspaper and its English-language edition this week, Gulen said the government crackdown on his followers was “10 times worse” than anything seen during military coups in the country.

While it’s not clear who will emerge triumphant in this fierce power struggle, one thing appears certain. As election day drawers close, the rhetoric from both sides will get louder.