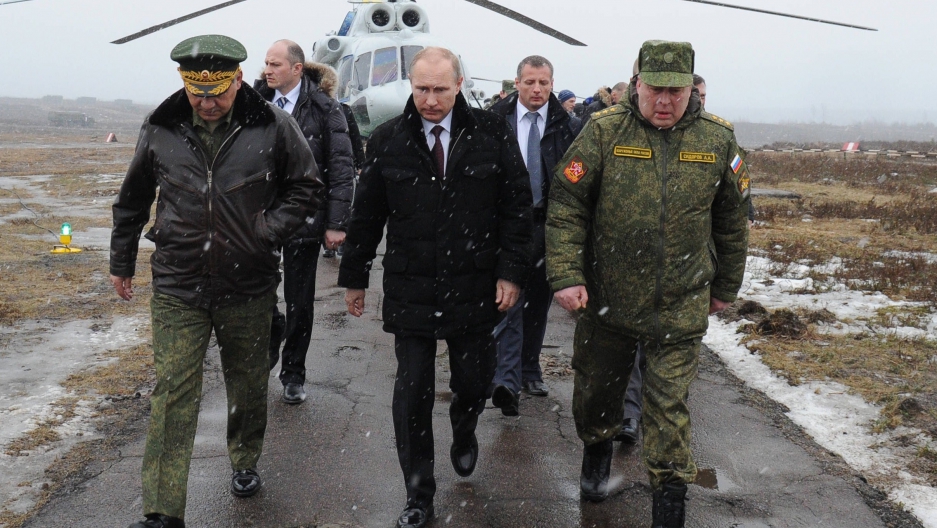 Putin has been waging war since even before he became president.
Credit: Mikhail Klimentyev
Share

President Barack Obama’s announcement of sanctions against some of Vladimir Putin’s closest allies is a very good first step toward fulfilling the promise of serious measures in response to the Russian leader’s invasion of Crimea and ongoing efforts to destabilize Ukraine.

Obama’s threat of broader sanctions against whole sectors of the Russian economy also helps provide a bold example for European Union leaders hashing out measures of their own this week. Their contributions will be crucial for Western measures to work because Europe engages in far more business with Russia than does the United States.

Although German Chancellor Angela Merkel has vowed to inflict pain on Russia, it’s far from certain the EU will do so. Many countries that depend on Russian energy fear retaliation from Moscow.

But however much short-term trouble sanctions against Russia would provide European countries, failing to confront Putin with a strong, unified voice would be disastrous — because Moscow would take that as a sign of victory.

When presented with overwhelming opposition to his plans in the past, Putin has backed away from serious confrontation. Far from the riddle many in the West believe him to be, he’s shown himself to be remarkably consistent and predictable in that and other behavior since his sudden rise to power 14 years ago.

Even before he was elected president in 2000, Putin rose to prominence as a tough-talking prime minister who launched a second war in Chechnya at a time when many believed that would lead only to failure for the Kremlin. During his first days as leader, he began shutting down independent media, marginalizing his rivals, and threatening business leaders who didn’t show themselves to be loyal.

He consolidated power incrementally by taking one step at a time, forging ahead when opposition was minimal, which was often the case. No doubt the virtually nonexistent international response to Russia’s 2008 invasion of Georgia, Putin's first of an independent sovereign country, helped convince him invading Crimea would be a good idea.

Much of Putin's foreign policy is staged for domestic consumption, to make him appear a tough guy restoring Russia’s greatness. The logic of that game dictates ratcheting up the stakes each time. If the Georgia invasion was about ending the country’s bid to join NATO, his Crimean land-grab — delivered with Soviet-style propaganda lashing out against the West — looks like an attempt to drag the world back to 19th-century-style power politics.

That will never work in the long run. Far from rising, Russia is heading toward crisis in many ways. Economic growth is slowing and dependence on oil and natural gas exports is high at a time when energy prices are increasingly volatile. Poverty, alcoholism and disease are helping kill off more Russians, as corruption chokes off entrepreneurship. International isolation will worsen Moscow’s situation. Seen against such dismal realities, Putin’s foreign adventures smack of desperation.

The West must respond with 21st-century methods — building strong trade ties with Ukraine and other developing democracies Putin has targeted for destabilization, and relying on the EU and other international organizations to promote Western values of democracy and openness.

Dealing with Putin’s challenge will require time and fortitude. In the short term, it must include pressure on the western energy companies that have boosted Russian influence in Europe by signing lucrative deals with Gazprom and other Russian energy companies.

Obama has set a good example, even though the list of people he’s targeted with sanctions excludes some of Putin’s most powerful allies — like Igor Sechin, the head of the state Rosneft oil company and leader of the most influential Kremlin clan of "siloviki," or strongmen. Far more will need to be done, because half-measures would only backfire.