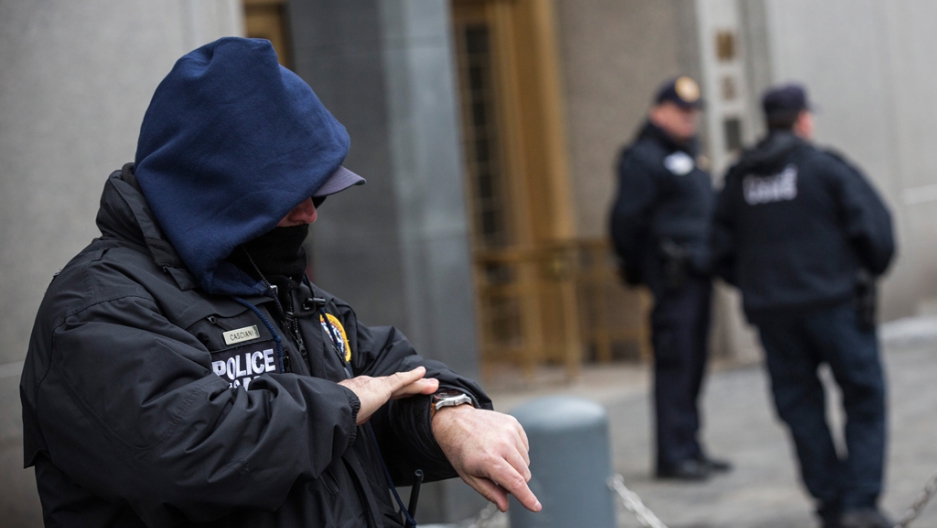 Sen. Dianne Feinstein suggested last Tuesday that the CIA's search of computers used by the committee during its investigation into the CIA's own activities in the post-9/11 era may have "violated the separation of powers principles embodied in the Constitution."

"Besides the constitutional implications, the CIA’s search may also have violated the Fourth Amendment, the Computer Fraud and Abuse Act, as well as Executive Order 12333, which prohibits the CIA from conducting domestic searches or surveillance," she said.

The CIA's Director John Brennan denied the allegations. But if the facts prove otherwise, it wouldn’t be the first recorded instance of American spies spying on Americans.

GlobalPost took a look at some famous examples:

Between 1967 and 1973, the CIA, by its own admission, amassed files on Americans suspected of being domestic dissidents. The White House under President Lyndon B. Johnson and, later under President Richard Nixon, wanted the CIA to look into any foreign influence on the civil rights and anti-war movements.

At its height, Operation Chaos had access to the CIA's mail intercept program and the National Security Agency's monitoring of international communications. It also received material collected by the FBI.

The agency found little evidence of foreign influence on leftist movements in the United States besides encouragement at international conferences and through political statements.

Closely related to Chaos, Merrimac used CIA agents to infiltrate peace groups and black activist groups with the aim of anticipating attacks on the agency itself. However, the agents also gathered details about individuals inside the groups, their funding and activities.

Another Chaos cousin, Resistance's aim was to compile information on radical groups that might target CIA activities or assets. The program compiled information from around the country, but specifically targeted college campuses in its search for radical elements. The CIA obtained additional information from local police, and campus officials.

A CIA inspector general's report published in 2013 found that for a decade after the Twin Towers fell, four CIA officers were embedded in the New York Police Department. The NYPD itself was in trouble at the time, facing allegations of unconstitutional surveillance of Muslim communities in New York and New Jersey.

The report found that one CIA officer operated as if he were exempt from limitations — such as those prohibiting CIA officers from domestic spying — because he was on an unpaid leave of absence. Another CIA analyst had access to "unfiltered" police reports, according to The New York Times.

While not an instance of domestic spying, this case of the CIA's domestic meddling was much worse. The CIA dosed hundreds of unwitting Americans with psychoactive drugs in the 1950s and 1960's as part of a program run by the Office of Scientific Intelligence. The agency's experiments with LSD targeted patients in mental hospitals, prisoners, prostitutes and addicts, according to The New York Times.

All this to study the human consciousness. The Times noted that some agency employees and military officers were also involved in experiments, though they might not have known the full details. CIA Director Richard Helms ordered all files connected to the MK-ULTRA program destroyed in 1973.

The Patriot Act, which the NSA cited as its legal basis for collecting the phone records of millions of Americans, is also cited by the CIA to collect information on international money transfers, according to a Wall Street Journal report from January.

The report cited anonymous officials familiar with a CIA program that tracked the financial transfers of millions, including American citizens. The CIA cannot collect intelligence on Americans, but reportedly gained authorization from the Foreign Intelligence Surveillance Court to track international transactions to detect terror operations.

Enemies of my enemies

In the aftermath of the Second World War, and in the first frost of the Cold War, the CIA and FBI were authorized by the National Security Council to exploit the knowledge of the flood of Eastern European immigrants coming to America, according to The Daily Beast.

In those days, there were no cellphone meta data or internet records to access, so intelligence agents asked refugee organizations in the US and Europe for information on the Eastern Europeans coming through their offices.

Government documents revealing how intelligence agencies used information from refugee organizations to recruit "informants, spies, assassins, saboteurs" were only declassified in the 1990s.

The current media battle between the NSA and news sites publishing information gleaned from leaked documents isn't the first face-off between the media and intelligence agencies — not by a long shot.

The CIA had a program to monitor journalists, using wiretaps and observation posts to keep tabs on writers who published material the Kennedy administration deemed sensitive.

Project Mockingbird, which wiretapped two reporters in 1963, was authorized by Director of Central Intelligence John McCone at the behest of President John F. Kennedy, according to The New York Times.

A declassified CIA document outlined the project: "During the period from 12 March 1963 to 15 June 1963, this Office installed telephone taps on two Washington-based newsmen who were suspected of disclosing classified information obtained from a variety of governmental and congressional sources."

"The intercept activity was particularly productive in identifying contacts of the newsmen, their method of operation and many of their sources of information. For example, it was determined that during the period they received data from 13 newsmen, 12 of whom were identified; 12 senators and 6 members of Congress, all identified; 21 Congressional staff members, of whom 11 were identified; 16 government employees, including a staff member of the White House, members of the Vice President's office, an Assistant Attorney General, and other well-placed individuals."

“The newsmen actually received more classified and official data than they could use,” the report said.

The Mockingbird task force kept tabs on five reporters for three years. The Times noted that Kennedy set a precedent that would later be followed by Presidents Johnson, Nixon and George W. Bush.