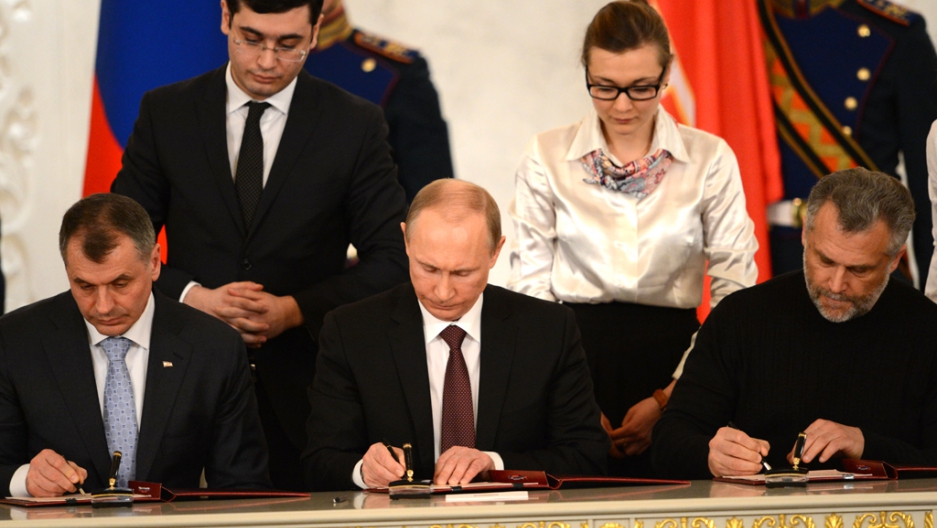 This is satire, mostly. For more GlobalPost satire, click here.

HONOLULU — Acting in defiance of international condemnation, Russian President Vladimir Putin declared his intention to annex Hawaii as well as Crimea on Tuesday, in a move that flies in the face of imposed sanctions and enraged and confused world leaders.

“Hawaii has always been an integral part of Russia in the hearts and minds of its people,” said Putin at the Grand Kremlin Palace to an audience of political elites. “You see, it is cold here. The idea of playing little ukulele under palm tree? Yes. That is an idea that reaches far back into Russian history.”

The move left world leaders scrambling for a response. “Uhh…” said Angela Merkel, in blank shock, to a bevvy of reporters. “Ooookaaaayeeeee,” said David Cameron, in front of his home. “What kind of whacked-out Stratego bullshit is this?” said US Vice President Joe Biden, when torn away from his slinky, while US President Barack Obama slowly crushed a soda can in his hand and stared grimly into the distance.

“Okay, first, I get Hawaiian shirt. Then I get rain stick. Then I walk around in this way like perfectly cool fellow. Then I sing waikiki-aikiki with coconut woman. This is what they do in Hawaii, yes?” said Putin in further remarks. “And that slinky? I annex that too.”