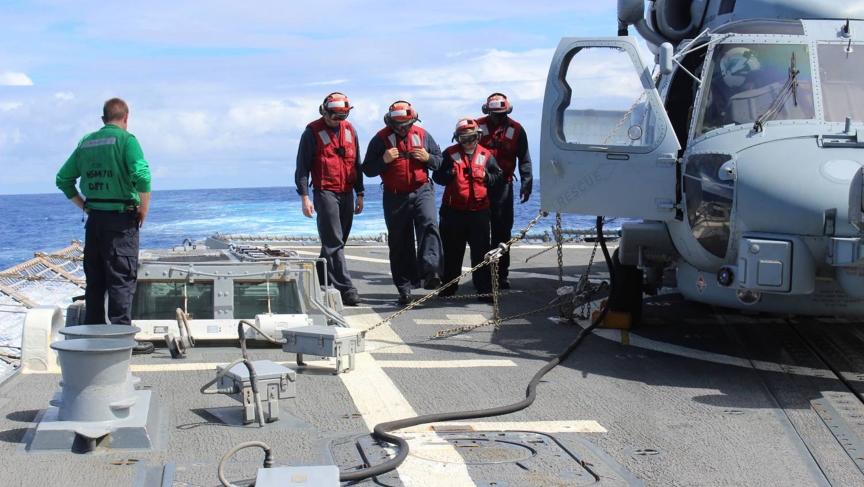 Teams from more than 20 nations are scouring a huge area stretching from the Indian Ocean near Australia to Central Asia, looking for any sign of Malaysia Airlines Flight 370 — the Boeing 777 jet that went missing on March 8 with 239 people onboard.

Until they find the jet and its vital "black boxes," investigators will be hard-pressed to prove what happened to the missing airliner. Aviation safety expert Alan Diehl said that, with today's advanced technology, it shouldn't be possible for a commercial airplane to simply vanish.

"If there's a defect in the Boeing 777, the industry needs to know about it right away," said Diehl, who has worked with the National Transportation Safety Board, the Federal Aviation Association and the US military. "Other airlines may not want to buy a 777 if there's still a cloud over this incident."

In their almost 20 years in service, just two Boeing 777s have been lost — Asiana Airlines Flight 214, which crashed in San Francisco last year and British Airways flight that crashed at London's Heathrow airport in 2008. Generally, the Boeing 777 has been heralded as one of the safest jets in the sky.

Planes are often equipped with an emergency locator transmitter (ELT), capable of sending location messages to a satellite. The Malaysia Airlines flight did have an ELT, but it never activated. That could be because of the way it crashed, or even that it never crashed at all. "Airliners in the US and Malaysia, are not required to carry these transmitters," said Diehl, who spent 40 years designing aircraft. 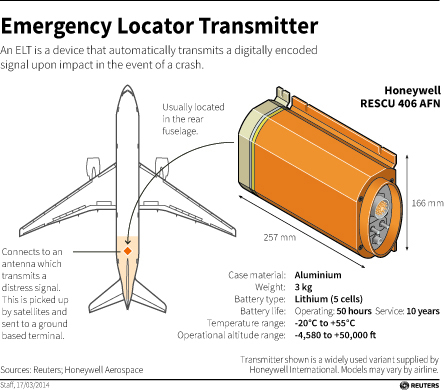 New technologies do exist, according to Diehl, author of the book, Air Safety Investigators: Using Science to Save Lives — One Crash at a Time. He points out that a Canadian company claims to have developed a "streaming black box, which streams data constantly. But there's been a lot of debate whether or not there's enough bandwidth to allow 2,000 or 3,000 airlines around the world [to be] streaming this data constantly."

If the plane did crash into the Indian Ocean, and didn't land on some airstrip in southeast Asia or crash into a remote area in that part of the world, investigators will have just three weeks to locate the airplane's black boxes using the mandatory underwater locator devices planes carry. That's how long the batteries last. The underwater locators aren't helpful if the plane crashed or set down on land.

"If we don't find [the plane] in the next three weeks, we may never find it," Diehl said. "This may be another Amelia Earhart situation and that's not what we want."

Of course, even if years go by, the plane can still be found. Air France Flight 447 crashed into the Atlantic Ocean and more than two years went by before investigators were able to find and recover the plane's black boxes, using remotely controlled submersibles.

And if the plane landed on the ground, a whole different set of circumstances could transpire to lead investigators to the plane.