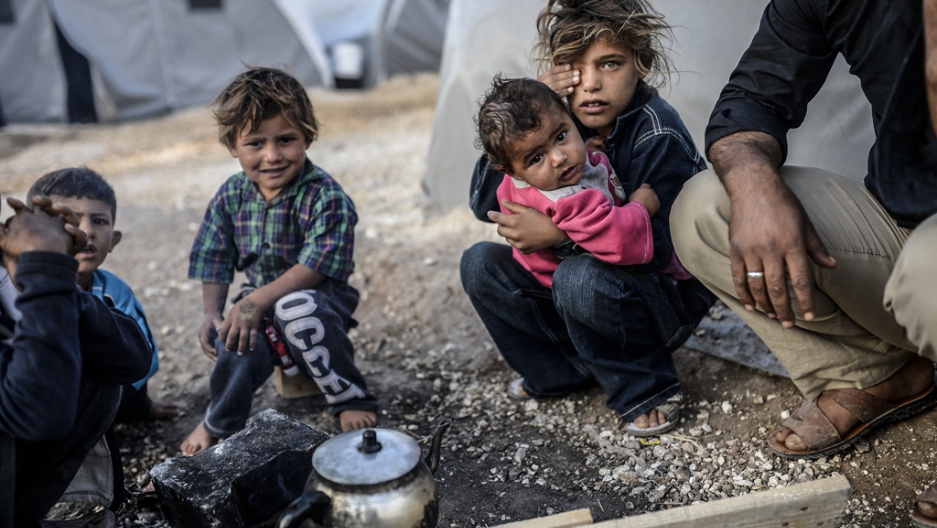 Kurdish children sit around a fire outside a tent in the Rojava refugee camp in Suruc, Sanliurfa province, near the besieged Syrian town of Kobani, also known as Ain al-Arab, on Oct. 26, 2014.
Credit: BULENT KILIC
Share

Three years have passed since the Syrian conflict broke out. And it's showing no signs of ending. The United Nations, which gave up tracking how many have been killed, says the number of children impacted by the civil war has doubled since last year to 5.5 million.

The Syrian Observatory for Human Rights, which is based in London, says more than 146,000 have so far been killed. More than 9 million Syrians are in need of humanitarian assistance.

When the Syrian death toll first hit 93,000, we produced three visuals to help you grasp the magnitude of the number. Here's an update to one of those charts with current figures.