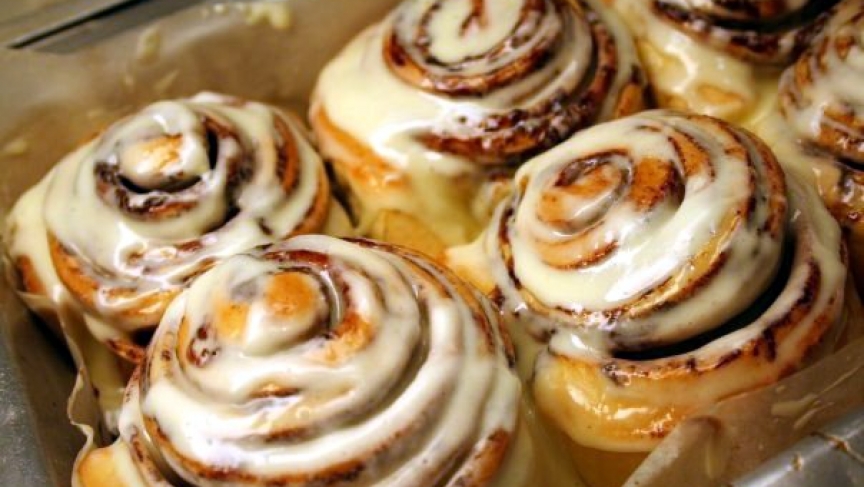 The US bakery-cafe franchise opened its doors in 2012 in Libyian capital and has been packing in the crowds ever since.

The 7,500-square-foot store is located on a busy street in Tripoli's business district.

According to Cinnabon, the sales are about three times higher than the chain's global average.

"Some of these families say it's become a ritual to come here," said reporter Marine Olivesi. "One father said his two children actually request to come here once a week because that's the only place they can get a pecan and caramel roll."

One of the reasons it's become so popular is that it's a place where young men and women can meet each other.

"There are not a lot of places in Tripoli where young people can date," said Olivesi. "Libya is a conservative country. Young men and women socializing in public is largely frowned upon unless maybe they are at university. And most of the coffee houses in Tripoli are street-level which means you will have a lot of traffic and there's a good chance you will run into a relative or a friend...so it seems like Cinnabon offers some privacy that's rare here."

Cinnabon originally considered expanding into Libya when US sanctions on the country were eased.

"Cinnabon was supposed to open before the revolution but there were delays because of Libya's erratic bureaucracy under Gaddafi's rule," said Olivesi.

But since the fall of Gaddafi's regime in 2011, Libya has opened up for business. But there are still parts of the country where a US franchise like Cinnabon would not be welcome.

"There are plans to open a flag-ship store in Benghazi," said Olivesi. "But the only problem is that the area is much less stable than western Libya, and there are some security concerns that they have to address."