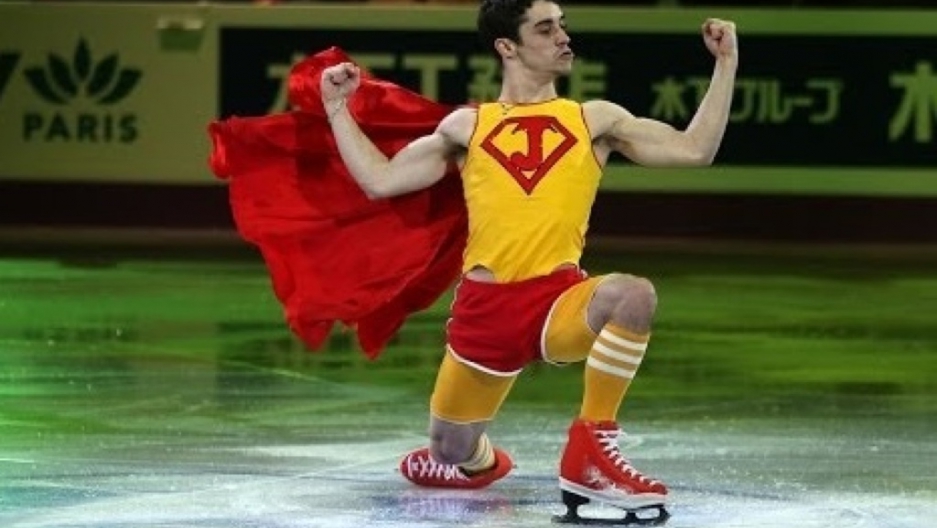 He didn’t medal in the men's event but he pretty much destroyed the gala exhibition with his "Aerobic Class" routine on Saturday.

The real skating at the Olympics is officially over. Javier Fernandez as Super Javi in the exhibition: pic.twitter.com/jTCQHJxWwR

The non-judged (i.e., "for fun") performance opens with Fernandez in warmups and a boombox on his shoulder. In a flirtatious voice-over, he introduces himself: “Hola, everybody! Mi nombre es Javier! But you… can call me Javi.”

Javi then proceeds to take his class through an 80s/disco workout punctuated with some beautifully executed jumps.

About two minutes in, our mild-mannered aerobics instructor suddenly rips off his pants — because that’s what figure skaters do — and reveals he's actually Super Javi!

What ensues is a series of one-armed push ups, flag dancing and a surprisingly dedicated "Flashdance" sequence. Someone gets doused with a bucket of water. (Hint: it’s not Jennifer Beals.)

Fernandez, Spain’s flagbearer at the opening ceremony, received criticism in early February for stating that gays should “lie low a bit” during the Olympic Games.

He later apologized and said his comments had been “misinterpreted.”