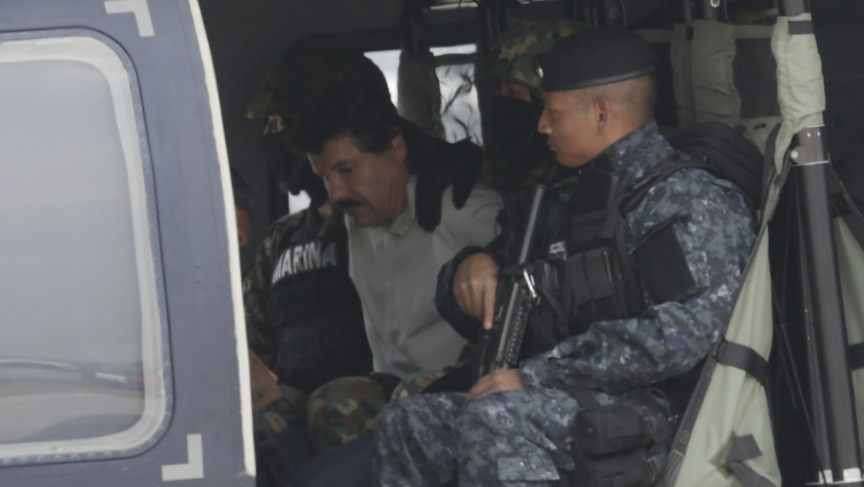 Joaquin Guzman, known as "El Chapo," headed Mexico's Sinaloa cartel, one of the country's most powerful drug organizations. He faces a series of drug charges in both Mexico and the United States. And US authorities are calling for his extradition.

This is a "huge break for Mexico," said Alfredo Corchado, Mexico bureau chief for The Dallas Morning News and author of Midnight in Mexico.

But there's also nervousness, said Corchado. "There's fears that there's going to be a new onslaught of violence. You can't have this kind of a power vacuum and say, 'Oh, it's over. Chapo's caught.' Someone has to fill that vacancy. And in the short term, there will be some readjustments."

Guzman was captured in the resort city of Mazatlán by an elite group of Mexican marines after more than 12 years on the run.

"Mexican marines in the last few years have emerged as the most trustworthy agency for Americans to work with," said Corchado. "There's a joke that the Mexican marines are not as corruptible because they're in the middle of the sea. It's hard to reach them."

Corchado is quick to point out that the effort also included US marshals and Homeland Security agents. This cooperation lays to rest some of the criticism that Mexico's new president, Enrique Peña Nieto, did not want to work with the Americans.

While Guzman's capture is a victory for Peña Nieto, Corchado said public attention will likely turn to allegations of collusion between the drug cartels and Mexican authorities. "You can't become one of the most powerful cartels, with tentacles all over the world: Europe, Asia, West Africa, South America, etc. ... You can't have that kind of power and not have some sort of collusion with the Mexican authorities."

Now that Guzman has been arrested, Corchado said we'll be able to see the extent of that collusion.

"If we don't know more than he was this mythical Robin Hood figure ... Then this is only a partial victory for Mexicans," he said. "If they're serious about trying to clean up the system, really get to the bottom line, understanding who the politicians were — who were the agencies, who in the military, who in the government was involved — will be a big, big victory and will be unprecedented."