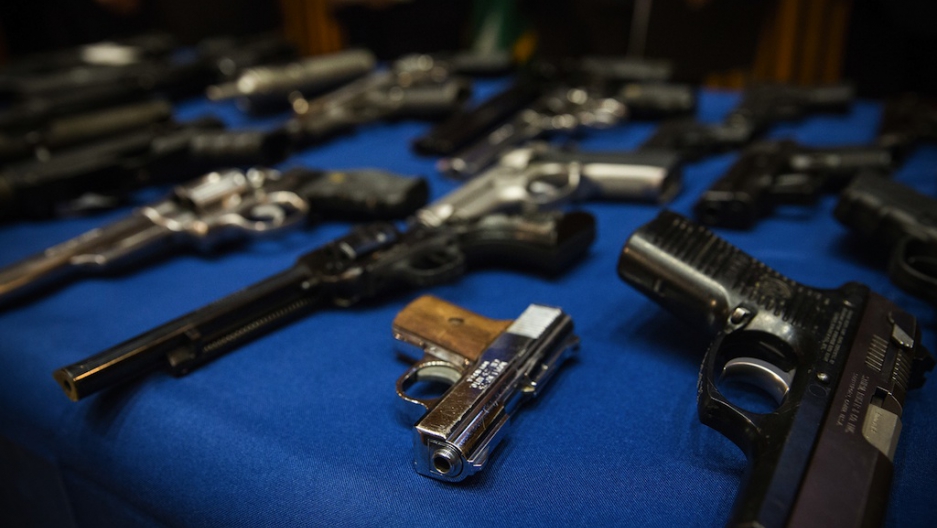 Weapons seized by the New York Police Department in the largest illegal guns bust in the city's history are displayed on a table during a press conference on August 19, 2013 in New York City.
Credit: Andrew Burton
Share

KARACHI, Pakistan — In this city by the sea, the odds are good that in the time it takes for a stoplight to turn green, you'll be approached by a man with a gun. He'll tap it on your window, and because enough people have been shot attempting to resist being robbed, you'll hand over whatever you have.

Here's how it feels to get robbed at gunpoint: Every drop of liquid in your mouth will dry up. Swallowing will become impossible. Your hands will shake as you try to find the most valuable thing you own. Each breath will feel like knives sticking in your lungs. The first time it happens, you won’t stop shaking until you've returned home and told someone about it.

Everyone I know here has their own little choreographed dance for surviving traffic-jam robberies with the least amount of loss. My mother slips off her gold rings and hides them in the pocket on the back of the passenger seat, along with her credit cards, driver's license and most of her cash. But she still keeps a reasonable amount of cash in her wallet, so as not to raise suspicion in case a thief looks inside.

I keep a Samsung “burner” phone in my purse, and sit on my pricey iPhone. There's a SIM card in my burner, and I have the number memorized to recite at a moment’s notice. (I've heard of thieves becoming suspicious when they’re offered cheap phones, and wanting to make sure they're not being duped.) On the chance a man with a gun wants to call my phone to make sure it's really mine, I'm ready.

According to the Citizens-Police Liaison Committee, 23,740 cell phones were reported stolen in Karachi in 2011, and another 21,238 in 2012. These numbers are likely low because so few robberies are reported.

There has never been a time in Karachi that I have sat at a red light without feeling worried. Once, at an intersection that has a particularly nasty reputation for being dangerous, a man crossing the street made eye contact with me. My heartrate didn't settle until the car trip was over.

Getting mugged is almost a rite of passage for anyone of means in Karachi — so people don’t really talk about muggings as terrifying and horrible ordeals. Instead, conversations with friends turn into competitions. People will brag about which item of theirs they weren't forced to give up, thanks to whatever clever system they’d devised.

It’s terrifying having a gun pointed at you; but occasionally, the thieves are sympathetic. A journalist friend once begged an armed robber to give her back her smartphone, which had recorded voice memos from politicians and other interviews she was desperate to hang onto. He relented.

Of course, most of them don’t. I once heard of a thief who fired his gun into a car’s front tire because the victim didn't have a nice enough phone.

I’ve been lucky. The last time I was mugged, the thief who took my wallet realized I wouldn’t be able to get home without money to pay for a ride in a motorized rickshaw. Quite sensibly, he wanted to know how much he should leave me for the ride home. What's more, a sympathetic driver jacked up his price quote so I could get some extra money back from this thoughtful criminal. I still remember how politely I thanked him for the change he handed back.