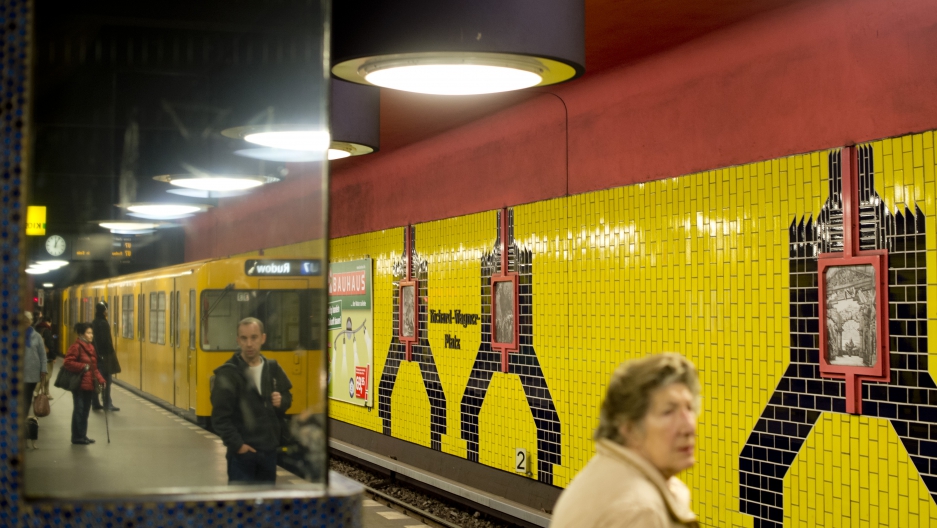 BERLIN, Germany — As the subway train hisses to a stop and the doors slide open, the rider in the army surplus jacket glances up from a German translation of “The Hitchhikers' Guide to the Galaxy.” A nervous scan of the new passengers, and his eyes drop back to the novel. The doors slide shut.

The reader's head jerks up. It doesn't take a psychic to know what he's thinking. The single, dreaded word might as well be written on his forehead.

Sounds like something out of the Matrix, right? Or maybe John Le Carre? Welcome to Germany's subway system, the playing field for a cat-and-mouse game between fare-dodging “schwarzfahrer,” or “black riders,” and the freelance spies tasked with making them pay.

Pretty much every city with a metro system has turnstyle jumpers. But since the 1960s, Germany's buses and trains have been run under the so-called “proof-of-payment system.” That means subways and streetcars don't have turnstyles to stop people from riding without tickets. It's like the honor system — with random spot checks.

Proof-of-payment is common throughout Europe, though it was recently abandoned as a failure in Los Angeles.

But in Germany, there's a twist: “Kontrollers” work on commission. They're not conductors. They're plainclothes operatives who work undercover on the trains, earning bonuses from the fines they issue, on top of a modest hourly wage.

The relative cost of gaming the system is simple: Ride for free, you save two or three euros each trip. Get nailed, you face a 40-euro fine. But for old pros like Johann — a 47-year-old “black rider” who asked that his real name not be published — stealing is practically a civic duty.

“I've been doing it since I was about 10 years old,” said 29-year-old Anna (another pseudonym). “There was even this one time in school when we had this class trip, and everyone had a ticket except for me. When Kontrol caught me, the whole class had to get out of the bus and the entire trip was canceled.”

Every year, Berlin Kontrollers catch around 400,000 schwarzfahrer. Around 20,000 a year are prosecuted for repeated violations. At one point, as many as a third of the inmates in the city's Plotzensee jail were behind bars for failing to pay fines of up to 3,000 euros.

A surprising percentage of schwarzfahrer are otherwise upstanding citizens who do it just for the thrill — like one elderly dowager who insists that holding an unvalidated ticket in her hand, ready for action, works better on Kontrol than garlic on vampires. There's a Facebook page and an iPhone app that alert “black riders” to the lines Kontrollers are working on any given day.

“When those people come in, I know them,” said Anna. “Even though they don't wear any uniform, I just know, and I get out of the train. A certain kind of people work for Kontrol.”

Anna wouldn’t elaborate on who that certain kind of person is, and the Berlin transit authority didn't respond to a request for an interview. But GlobalPost has casually observed that some of the conventional wisdoms about Kontrollers — that they are always burly young men, for instance, or poorly dressed — are myths.

But nobody likes Kontrol. The checks, which usually commence with a fellow passenger suddenly standing up and asking for tickets, are considered a chronic nuisance.

Proof-of-payment is usually reserved for transit systems where the small number of travelers makes it a waste of money to staff ticket booths and maintain gates and turnstyles. It arguably works in large cities like Munich and Berlin — where as many as a million people ride the subway every day — only because of Germans' notorious willingness to follow the rules.

At the same time, a history of secret police and citizens informing on citizens — both with the Gestapo and the Stasi — gives black riding political resonance.

And even here, Berlin writes off tens of millions of euros in fines every year when fare dodgers fail to pay. Some of them wind up in jail, costing the government more money for courts, guards, and cells. Others are too clever even for that.

Ominous name aside, Kontrol doesn't have the powers of the police, explains veteran schwarzfahrer Johann. They can't make arrests or even touch train passengers. So it's easy to beat the system.

When Johann gets nabbed, he pats his pockets, looks dismayed, and tells the Kontroller he has an annual pass but must have left his wallet in his office. Then he gives them a fake name and address.

“I just throw the tickets away,” he said.