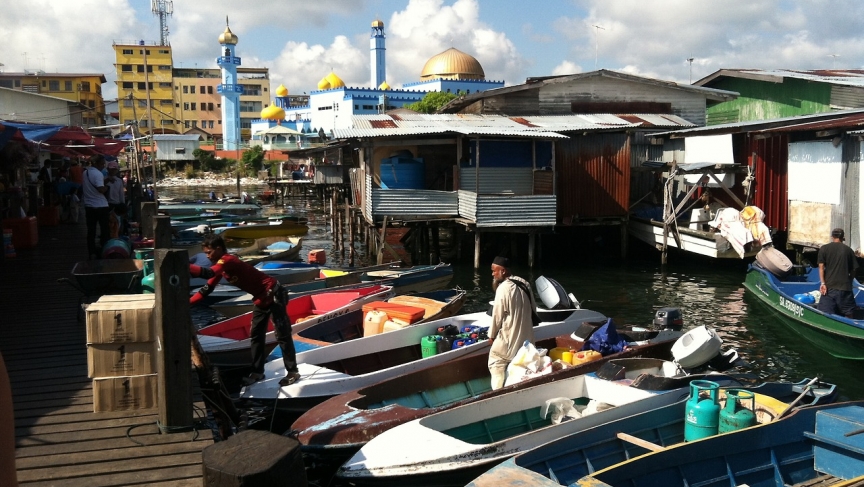 The surreal city of Semporna. Docked here ‘til Friday.

Emily Richmond embarked three years ago on a very long voyage in what she calls "an old sailboat, a Magellan 36 that's sturdy and built for crossing oceans."

Richmond's sailing solo. She says she's sailed more than 15,000 nautical miles so far, "but not in a straight line at all. Such is the way of the sea, you're always sort of swerving this way or that way to get to ports. It's a special thing, it's not at all like life on land. You sort of move to different rhythms with the birds and the weather and the sea. Things move quite differently and it's quite beautiful."

Richmond recently docked on the southeast Asian island of Borneo to ask about the progress she's making on her trip around the world.

"I'm tied up with some fishing boats in a sort of smelly port town called Semporna at the moment," she says. "I got here by sailing a very, very long way across the Pacific Ocean and several smaller seas."

Richmond says the most interesting thing about this particular Malaysian port is that the majority of the local population are non-Malays. They're stateless people, "The majority of the population here is an ethnic group of sea gypsies. Historically, they've spent all their time travelling with the ocean currents and living subsistence lives chasing the fish wherever they go," Richmond says.

They live in their boats, called lapas, with their entire families. Sometimes as many as 15 people on one boat.

"They don't really interact with mainstream society, they don't belong to any country at all," Richmond says. "But you find some of them in town, the ones that are looking for jobs, or trying to make money by selling fish. So you meet them from time to time."

But Richmond says communication can be difficult, "because they've got their own tongue, which is called bajal." Richmond says she knows a little bit of Malay, a common local language, which is enough for brief bits of conversation.

On the sailboat, Richmond carries solar panels to run electricity and long-distance radios for communicating with other ships. Whenever she comes into port, she re-supplies the boat with "insane amounts of water, and dried food from noodles to pastas."

As she island hops across the Pacific, Richmond says, she always "manages to leave port with more than I turned up with. One of my favorite [souvenirs] is a large shell that I got in Papua New Guinea.

"It was given to me by the charismatic spiritual leader of a cargo cult that I found," she says. "I've been told that it's really quite a valuable shell, and that if I wanted to buy a large pig that it was ample shell money. Or should I have the need for a wife, which I don't, apparently it's enough to afford a bride. But I haven't had the need to buy any of those things, so I've still got that shell with me now."

After lingering another week in port, the intrepid young sailor plans to shove off.

"I'll be taking off northwards, up the coast, to a river in Sabah I've been looking forward to visiting for a long time, called the Kinabatangan River," she says. It's famous for its wildlife.

"I'm really looking forward to it and hoping to see some pygmy elephants, maybe some Asian Rhinos, or hornbills, and probably an abundance of crocodiles, no doubt," she says. 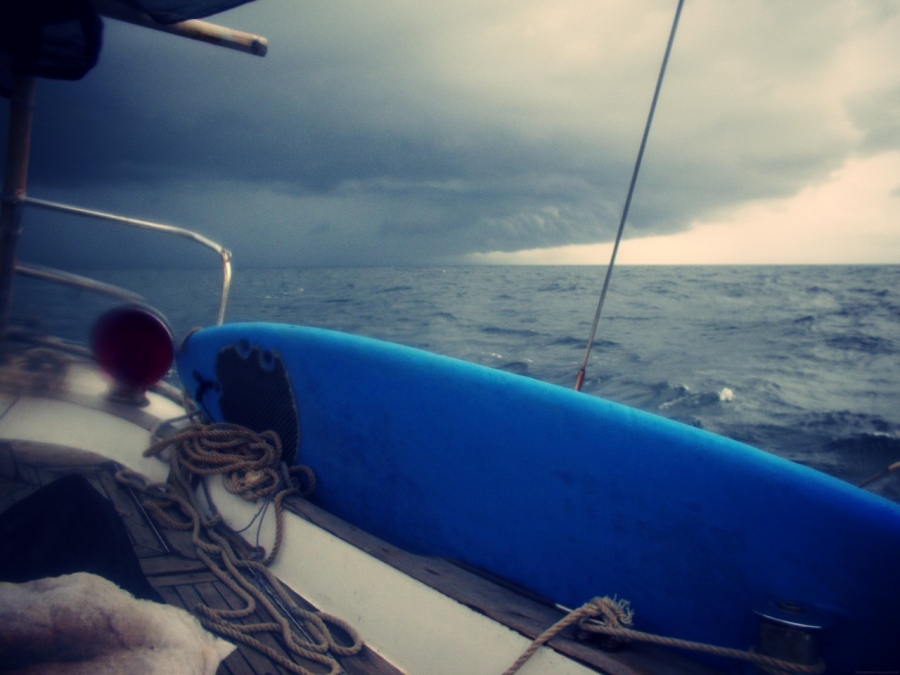 For those of you that think sailing is all smooth seas and sunny skies…i assure you, tis not so! take a look at the beastly squall on the prowl…