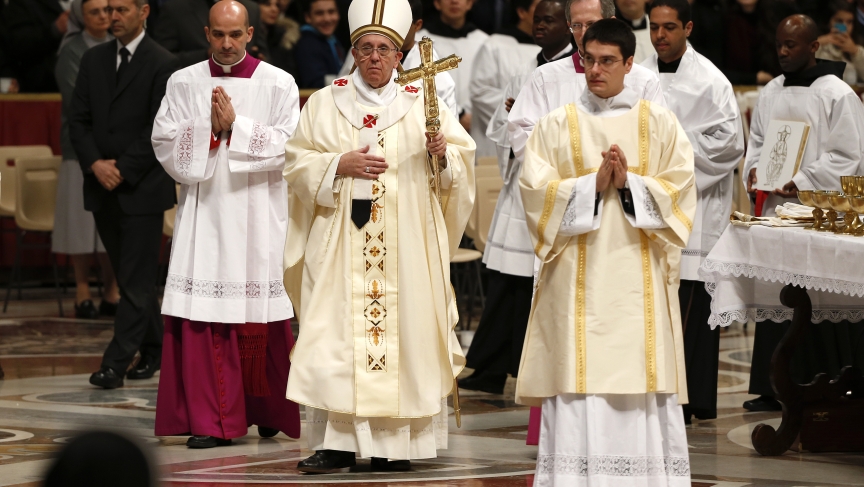 Pope Francis leaves at the end of a mass in Saint Peter's Basilica at the Vatican February 2, 2014.

A United Nations panel had harsh words for the Vatican overs its handling of child sex abuse cases.

Kirsten Sandberg, chairwoman of the Committee on the Rights of the Child, said the main finding of the report was that the Holy See adopted policies and practices that led to continued abuse by, and no punishment for, the perpetrators.

"The Holy See has consistently placed the preservation of the reputation of the Church and the protection of the perpetrators above children's best interests," she said.

The panel asked the Vatican to remove all known or suspected child molesters from their posts and report them to civil authorities. It also demanded that the Vatican open its files on members of the clergy who had "concealed their crimes" so that they could be held accountable.

The committee also criticized the Vatican's attitude toward homosexuality, contraception and abortion.

The Vatican responded by saying it "takes note of the concluding observations on its report ... [but] does, however, regret to see ... an attempt to interfere with Catholic Church teaching on the dignity of the human person ... [and] reiterates its commitment to defending and protecting the rights of the child."

The UN panel's recommendations are non-binding and the Vatican is not required to enforce them. And Little says a shift in tone that Pope Francis has brought in has concerned some victims of church abuse.

"There's certainly been a concern among survivors groups that Pope Francis came in, giving an entirely new face to the Church — and a positive one," she says. "But some were concerned that he wasn't reaching out enough, especially on the matter of child abuse."

Little says it's very rare that an institution like the UN investigates the Vatican.

"The Vatican signed up to the UN's Convention of the Rights of the Child and that's why it agreed to appear before this panel," she says. "For many, it might be too little, too late. But the fact that it did turn up ... does say that it's trying to clean up its act."

Meanwhile Barbara Blaine, president of a group representing US victims of abuse by priests said that the report "reaffirms everything we've been saying."