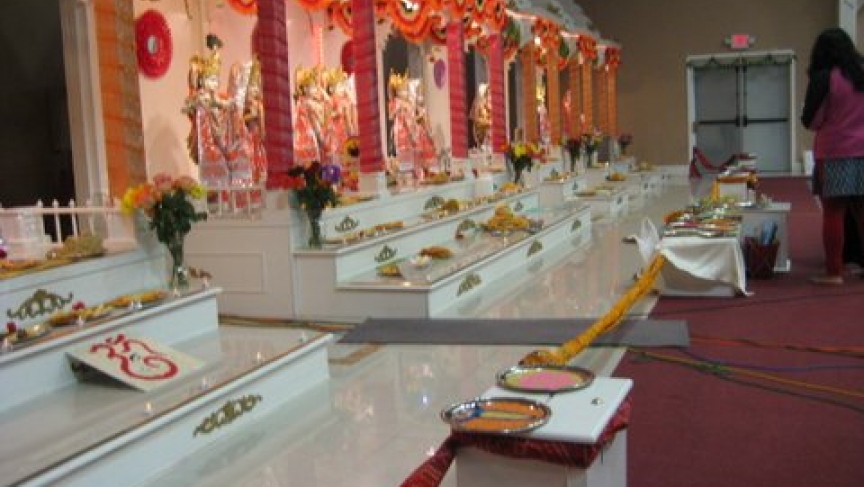 I was born in the Indian city of Lucknow and lived there for three decades. India is a huge country, with several languages and more than two dozen states, but I never got the chance to live in another part of it.

Most people in India don't travel much, or even leave home to go to school. My entire education — from kindergarten through a master's degree — took place in my hometown. Growing up in a relatively small city, I only met people who spoke Hindi and ate North Indian food.

Then, 10 years ago, I left India and moved to Virginia.

Before I left, I always thought of America as a distant country where people spoke English with an accent, ate different kinds of foods, and drove on the other side of the road. I thought nothing would be familiar to me, though in the end, it didn't take me that long to get used to it.

When I felt homesick, I would go to Subway, Dunkin Donuts or Wal-Mart, because I knew I could find Indians working there. I'd buy a sandwich or a doughnut and hang around to chat.

I never thought I'd come to America and meet people from different parts of India — from Kerala, in the south, Assam in the east, Gujarat in the west and Kashmir in the north. A lot of these Indians spoke Malayalam, Telugu, Tamil and Gujarati, not Hindi.

I became friends with them and was invited to their homes and religious functions. Never a temple-goer in India, I got the chance to celebrate festivals that I'd only read about in books. And I ate Indian food that was as foreign to me as mashed potatoes and venison.

I have traveled a lot in the US and have met Americans from all walks of life. They've taught me many things and I've learned a lot about my new home.

But America has taught me even more about my own country.