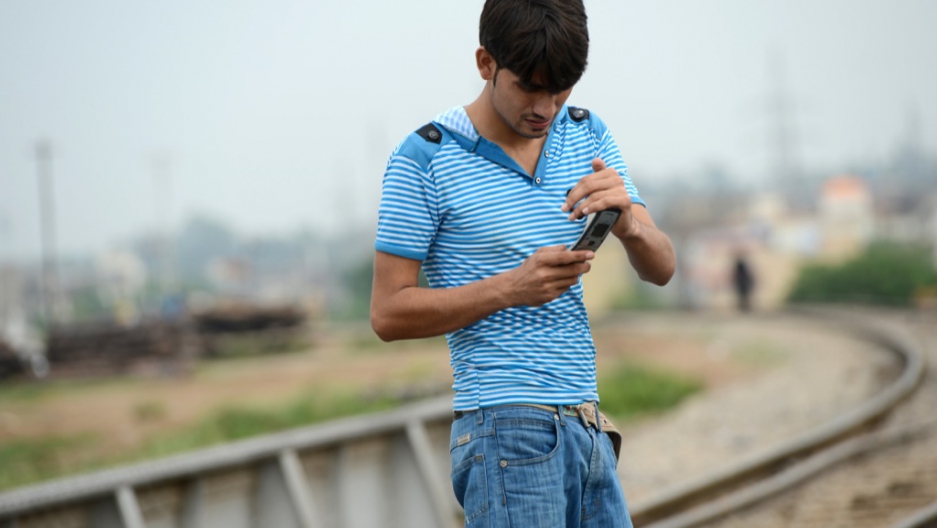 KARACHI, Pakistan — At first, it was just texts. I'd wake up in the middle of the night to a phone vibrating with messages from unknown numbers. Bleary eyed, I'd check them quickly:

Then I’d groan and fall back to sleep.

Almost every woman I've met in Pakistan has experienced this harassment: an ongoing deluge of text messages written in misspelled English or Romanized Urdu, some of them explicitly sexual, most of them benign. (It's worth adding that I have never heard of a woman responding to the messages; the senders seem undaunted.)

I'm not surprised that men seem to find sending these messages thrilling in its own right. Many young, middle-class Pakistanis are stuck uncomfortably in a sort of romantic limbo — they have access to Western movies and TV shows that show rapport and flirting between men and women, not to mention sexual relationships for teenagers of every class, but the society they live in often segregates the sexes.

I see men and women kept apart here in places you'd never have thought. In office buildings, men wait for the elevator in their own line so that they don't have to cram into a small space with women. In passport offices or medical waiting rooms, there are sections where women sit apart from men.

I used to receive an average of nine unsolicited messages every week (I counted). They didn't bother me; I reasoned they weren't any more or less offensive than creepy OKCupid messages my girlfriends in the United States received.

Actually, I had readied myself for much worse. When I first moved back to Karachi in 2012, a foreign journalist told me about her third week in Pakistan, when she gave her number to an interviewee while standing on the street. She rattled off the digits — then looked up and realized three other men were furiously noting them down. For weeks afterward, she received message after message asking her for a relationship. She finally just changed her number.

My first year back in Karachi, I handed my phone number to sources like it was candy, fully expecting that doing so would invite a flood of unwanted contact. I'd ask everyone who might have a story tip down the line to call me — water tanker drivers, beggars on the street, police officers I'd joke around with — and braced myself. As time went on, I was surprised that the number of texts I received wasn't higher. The problem felt under control.

Then, without warning several weeks ago, something changed. Instead of messages I started getting calls — 10 to 15 of them a day — all from different numbers. When I answered, I'd usually be met with heavy breathing or a man asking for my name. Other times, I'd try to immediately forget a crude comment as my fingers intuitively found the "end call" button.

It was getting so bad that I called up my cell service provider to ask if there was anything they could do. It turned out they already knew a thing or two about the problem.

Sounding apologetic, the man on the line told me that an employee at the branch where I purchased my SIM card had recently been fired for selling women's information to men who wanted "ladies' numbers." The employee was selling access for about 15 cents a pop, the man said.

"About 6,000," the man answered. "We had him in the office for about two weeks and he sold that many numbers in that time."

I couldn't change my number, I told the man, since I'd already given it out to too many people. And I have to answer calls from unknown numbers in case it's a source. He paused for a while, then asked if I was married.

"Maybe just have your husband answer the phone for a while," he offered. "If they hear a man, they'll lose interest and stop spreading it."