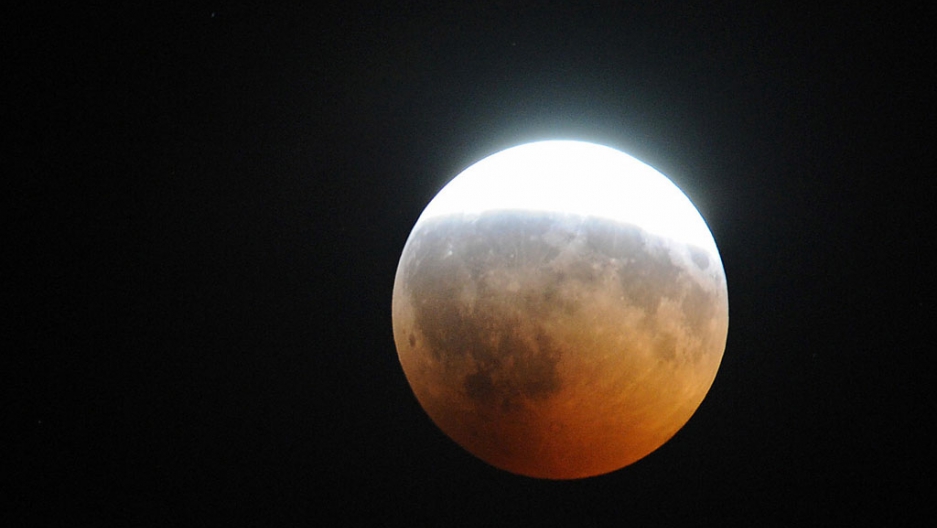 This photo taken early on Aug. 17, 2008 in Skopje shows the earth's shadow falling on the moon during a lunar eclipse.
Credit: ROBERT ATANASOVSKI
Share

MONTREAL — A space drill developed by a firm based in Sudbury, Ontario, could be boring for water on the moon in less than five years — if everything goes according to plan.

It would also signal the start of the space mining industry.

Deltion Innovations Ltd. has announced it's been awarded a contract by the Canadian Space Agency to advance the design of its "DESTIN" drill and then test it in a moon-like environment on Earth.

Deltion spokesman Dale Boucher says the tests are aimed at advancing technology so the space drill would be ready for a lunar prospector mission in 2018.

The mission's objective is to prospect for water ice near the South Pole of the moon, extract samples and then analyze them.

Boucher says the mission would kick-start space mining as an economic activity, and it would be the first of many missions looking for usable resources —either on an asteroid or the moon.

The Canadian drill would be mounted on Artemis Jr., a lunar mining rover being developed by Ottawa-based Neptec Design.

Neptec made the laser-camera system that was used to inspect the exterior of the now retired United States space shuttles.

More from GlobalPost: Moon base, Mars all part of NASA's grand vision