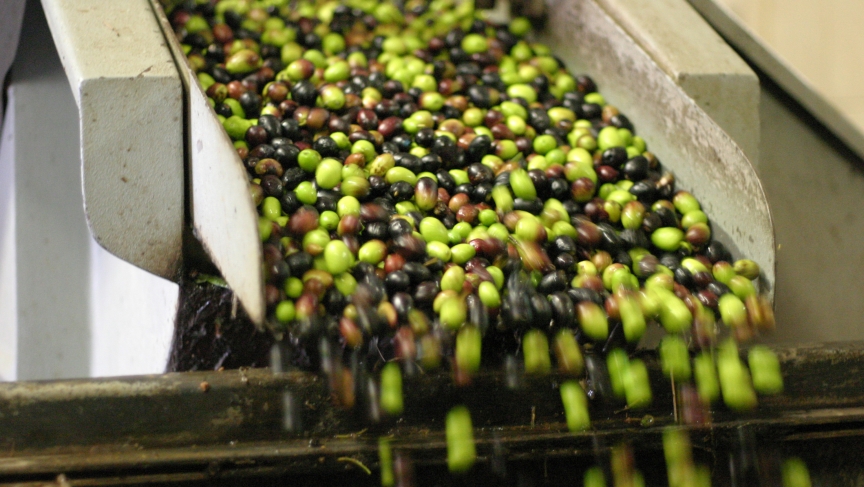 An infographic that appeared in The New York Times this week suggested that most Extra Virgin Olive Oil from Italy is neither purely Extra Virgin nor purely from Italy.

Tom Mueller has researched olive oil extensively. He's author of Extra Virginity: The Sublime and Scandalous World of Olive Oil.  He says a lot of his book celebrates what's great about Italian olive oil and "the amazing variety of 500 different olive types and thousands of years of tradition."

But Mueller admits his book has also generated some friction. "There are people who are uncomfortable about the fact that I have called out some of the fraudsters in Italy and named names, but frankly they're part of the reason why something like The New York Times infographic could happen in the first place," he says. "The few bad apples that sour the market for everyone and drive the price down are the reason that consumers in America are uncertain about certain types of olive oil."

As an example of the fraud and duplicity that Mueller has uncovered in the world of Italian olive oil, he points to the practice of labeling where a bottle of olive oil was packaged — rather than where the olives came from.

"Quite often, if you read the fine print on the back, you'll see that the oil was actually from one of 12 Mediterranean countries such as Spain, Morocco, Tunisia, etc," he says. "That practice is widespread and it does, unfortunately, tend to tug down the overall reputation of Italian oil — the good stuff."

But one of the biggest frauds these days, Mueller says, is deodorized olive oil. "It's actually made from olives, but from terrible olives, rotten olives. The oil itself is inedible, but with a very gentle refining process that leaves very few chemical tracks, it's possible to produce a neutral oil, flavorless and colorless, that can then be mixed with a little of the real stuff and then be sold as extra virgin oil. This is the biggest fraud today."

He says deodorized oil is found in many low grade supermarket oils around the world today. Now quality inspectors are cracking down on these inferior oils.

"There are many different ways to deodorize olive oil and the problem with these high-tech techniques is that, quite often, the robbers are two or three steps ahead of the cops in terms of the techniques used and the tests available to law enforcers to find them," Mueller explains.

If you want to buy extra virgin olive oil from Italy, you may need to be extra wary at the supermarket. "Be careful what you buy, and that's not just with Italian olive oil, but Spanish, Californian, and Argentinian olive oil as well. One of the ideal things to do is to taste it before you buy it and see if you like it."

Mueller says specialty shops are increasingly offering customers that option, and that even some supermarkets are offering tasting samples to customers.

But suppose you're faced with the impenetrable wall of olive oil bottles all with the same label on them. Mueller has this suggestion: "Start looking for an indication of freshness. Olive oil is a fruit juice. Olives are fruits, so it has to be fresh. The farther out the 'best by date' is, the better. Ideally there should be a harvest date. Try to look for an indication on the bottle of where on the planet this oil was made, not 'one of the following 12 countries', but really a place and a person or company that made it and not some mysterious label with no particular link to reality."