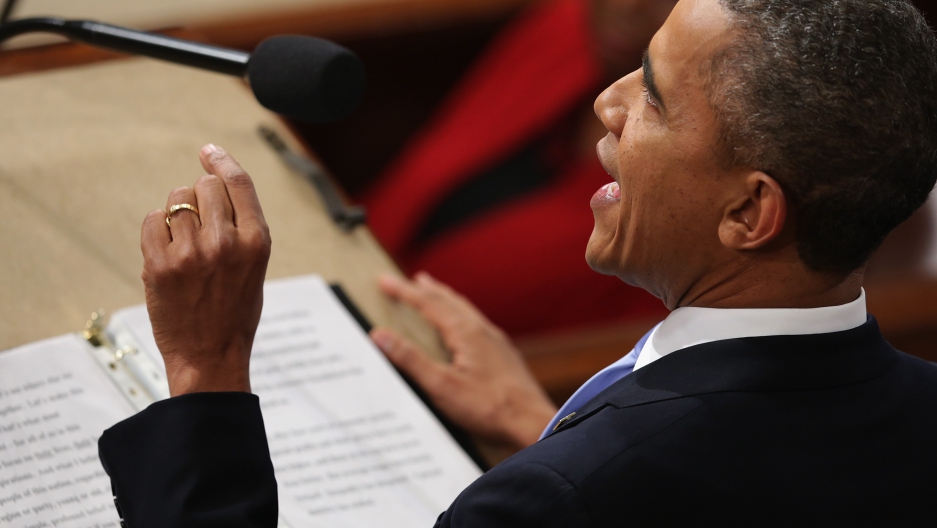 President Barack Obama delivers the State of the Union address to a joint session of Congress in the House Chamber at the US Capitol on January 28, 2014 in Washington, DC.
Credit: Chip Somodevilla
Share

That's what much of Twitter sounds like today following Tuesday night's State of the Union address by President Barack Obama.

And, yes, the issue is a critically important one, as GlobalPost has reported extensively here.

And here. And here.

But as usual The Daily Show with Jon Stewart preempted the latest round of economic inequality hoopla with its own biting look at this social and economic problem — notably, the role a minimum wage plays in an economy.

And, as usual, it's hilarious.

Here's Daily Show correspondent Sam Bee's take, which — aside from neatly laying out the economics — finds another supply-and-demand curve-wieldling douchebag to skewer:

For more on the topic, check out this great story by GlobalPost senior correspondents on what the rest of the world has to teach America about the minimum wage.

No, it's not (quite) as funny. But it'll make you smarter.

[View the story "Weary Americans sum up #SOTUinthreewords " on Storify]