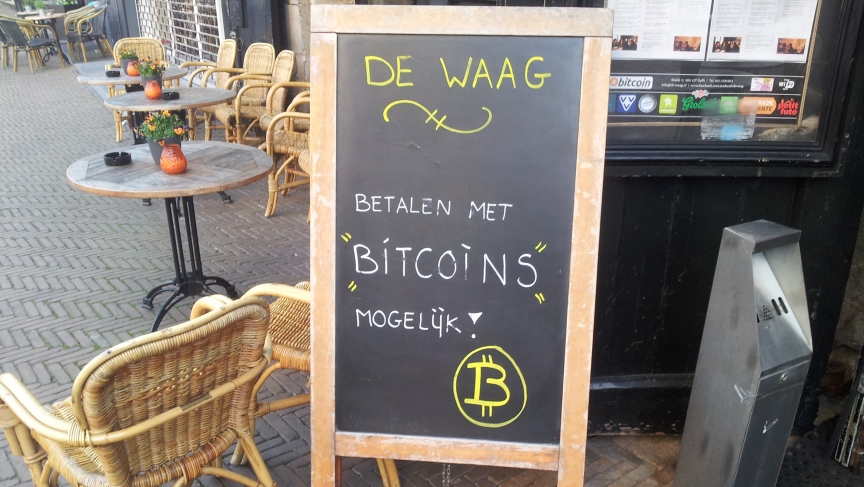 Bitcoins are accepted in stadscafé De Waag in Delft as of 2013.

If you’re the Winklevoss Twins, early investors in the Bitcoin market, it means an estimated profits of more than $70 million.

If you’re Charlie Shrem, the CEO of the online exchange Bit Instant, it means charges of money laundering, which were filed Monday by the Manhattan US Attorney’s Office.

And if you’re the New York Department of Financial Services, Bitcoin’s meaning has yet to be determined. But a two-day hearing that began Tuesday could firm up some definitions.

"Every time we hear about Bitcoin in the mainstream media, or people who aren't paying a lot of attention to Bitcoin, when they do hear it, it's often connected to things like illegal gains, trading drugs or pornography — it's getting a bad reputation," he says. "But I would also argue that they're trying to push past this."

Herman says Bitcoin is transitioning away from its bad image as it gains more attention as a financial medium, especially now that a city as crucial to the global financial system as New York is taking notice.

"The financial industry is trying to figure out whether they want to participate in this," Herman says.

When NY's Department of Financial Services comes up with rules around this digital currency, Bitcoin may become more mainstream — or it may be stifled, says Herman.

"What they set here in New York state will end up having repercussions nationwide," he says. "Most of the financial institutions being based here will want to follow [these rules] and that will sort of follow with the rest of the country."

The Financial Times reports that NY's superintendent of financial services, Benjamin Lawsky, said Bitcoin had reached a "tipping point" where its potential benefits outweigh the risks of illegal activity.