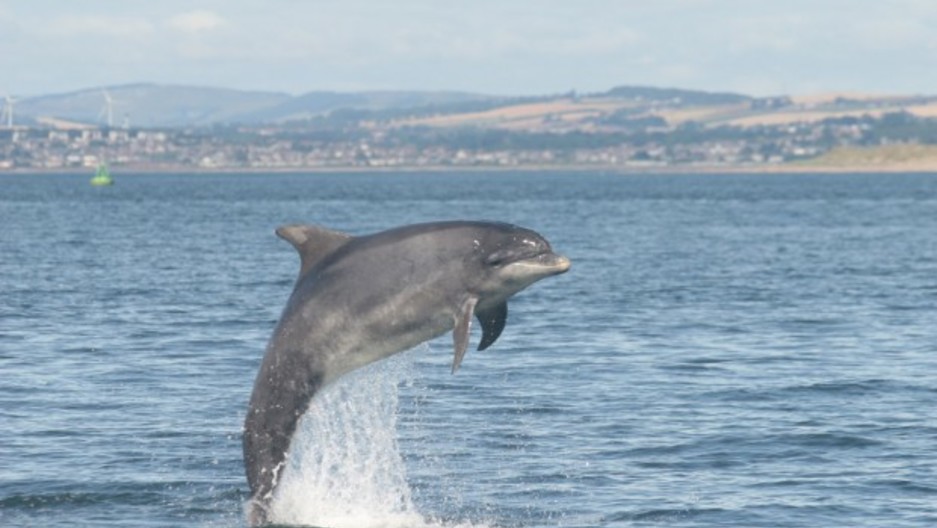 We're looking for a firth, not a fourth or fifth, but a firth in Scotland. It's Scotland's largest firth, a triangle shaped inlet of the North Sea. You can see it looking north from Inverness, a city in the Scottish Highlands. If you look through binoculars you might just catch a glimpse of bottlenose dolphins that like to swim in these coastal waters. A team of marine scientists at the University of Saint Andrews has been trying to document how these dolphins communicate using signature whistles. "The whistles are very high pitched and to the dolphin ear they certainly are as distinctive as certain words are to us,"says scientist Vincent Janik. So can you name the Scottish firth that's home to schools of whistling bottlenose dolphins? They're cooperative, and they're cute. And they like to chatter. Marine scientist Vincent Janik has been studying Bottlenose dolphins in the Moray Firth, a deep water inlet on the north coast of Scotland, the answer to our Geo Quiz. His research published in the Proceedings of the National Academy of Sciences documents how Bottlenose dolphins use signature whistles to address social companions during natural communication. The findings suggest that dolphins use signature whistles as labels to greet or contact other individual dolphins, and the use of identity signals mirrors the human convention of naming individuals.