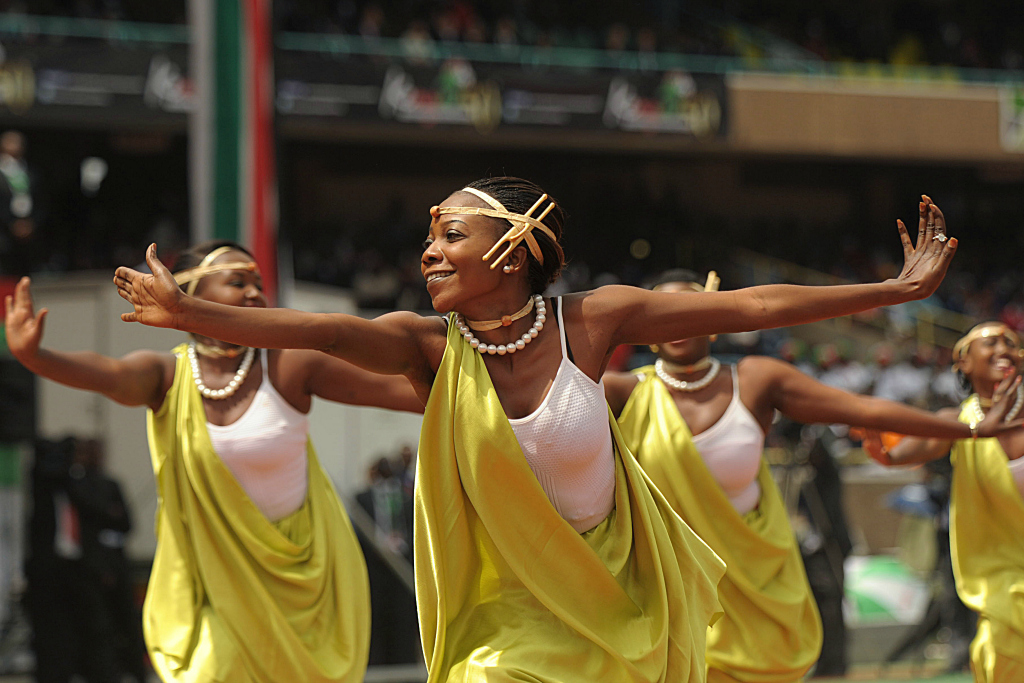 1. Nairobi National Park: it’s in the middle of the city, it’s 34 times bigger than New York's Central Park, and it has lions

2. There's a hotel where giraffes stick their heads in through the upstairs window at breakfast

It's called the Giraffe Manor, and you can book a trip right this very second here.

3. You can bottle-feed an orphaned baby elephant or even adopt one

The David Sheldrick Wildlife Trust is the most successful orphaned-elephant rescue and rehabilitation program in the world. Check it out.

4. Hang out with the mixed crowd of cool kids while catching the best in East African music at the monthly ‘Blankets and Wine’ festival

5. Drink Tusker lager: the quintessentially Kenyan tipple and the only way to cool down after (or during) a hot day

6. ‘Nyama choma’ or roast meat, best served with a cold Tusker (see above) and eaten with your hands, and some friends

The food’s not too shabby, either.

8. Rugby 7s: Kenya is a world-leader in this miniaturized version of one of the toughest team sports on the planet

Think American football, except you can’t throw the ball forward and there are no helmets or shoulder pads. The annual Safaricom 7s tournament is held every September.

9. ‘Kwani? Open Mic’ nights on the first Tuesday of every month

Club Sound in downtown Nairobi is the place to hear poets and spoken word artists showing off their lyrical chops.

The festival, held every September, is an impressive showcase for contemporary writing, poetry and storytelling from around the world. It's set in an equally impressive location.

12. Kenya’s coffee is among the best on the planet

Thanks to local café chains Nairobi Java House and Dormans, you can drink Kenyan coffee without ever having to set foot in a Starbucks (which hasn't yet cracked Kenya).

13. Cook your own curry at one of the city’s many ‘koroga’ bars

14. See how the elite live with a visit to the Norfolk Hotel and its Lord Delamere Terrace

It harks effortlessly back to the days of Britain’s colonial empire. It is advisable to carry a copy of Karen Blixen’s Out of Africa or James Fox’s White Mischief.

15. The Nairobi National Museum and its world-beating collection of hominid skulls

Not one for the creationists.

They sit on the landscape just west of Nairobi like a giant’s clenched fist, marking, in breathtakingly dramatic fashion, the edge of the Great Rift Valley from where humankind began its two-legged journey out of Africa.

Conceived by British colonialists more than a century ago, this will all soon be replaced by a new Chinese railway. Visit while you still can.