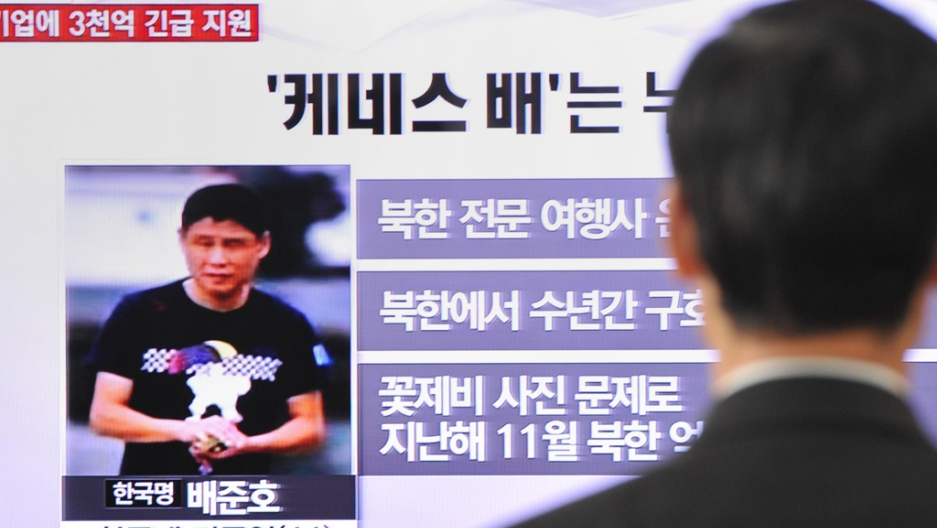 A passerby watches a local television broadcast in Seoul on May 2, 2013 showing a report about Kenneth Bae, a Korean-American tour operator detained in North Korea.
Credit: KIM JAE-HWAN
Share

North Korea has held Kenneth Bae, an American citizen, for more than a year. On Monday, in a rare appearance, Bae made a plea, urging Washington to secure his release.

The Hermit Kingdom, which has imprisoned several US citizens over the years, has been known to coerce false confessions from its prisoners. Bae's statement fits the familiar pattern.

Bae — dressed in gray clothing in front of a white backdrop, with the number 103 over his heart — said he committed a "serious crime" against the North, adding that the nation does "not abuse human rights," according to CNN.

"I would like to plead with the US government, press and my family to stop worsening my situation by making vile rumors against North Korea and releasing materials related to me, which are not based on the facts," Bae said.

"I want to be pardoned by the North as soon as possible and return to my beloved family. For that, I ask the US government, press and my family to make more active efforts and pay more attention," Bae added.

In December 2013, Merrill Newman, 85, a US citizen and Korean War veteran, was released by the North after he publically gave a false confession.

"Anyone who has read the text of it or who has seen the video of me reading it knows that the words were not mine and were not delivered voluntarily. Anyone who knows me knows that I could not have done the things they had me 'confess' to," he wrote after his release.

This is not the first time Bae, a devout Christian and father of three, has appeared in front of cameras since his arrest in Nov. 2012. He was accused of anti-government acts. At the time, he was leading a tour group through North Korea. The state sentenced him to 15 years of hard labor.

You can watch footage from Bae's most recent statement here: