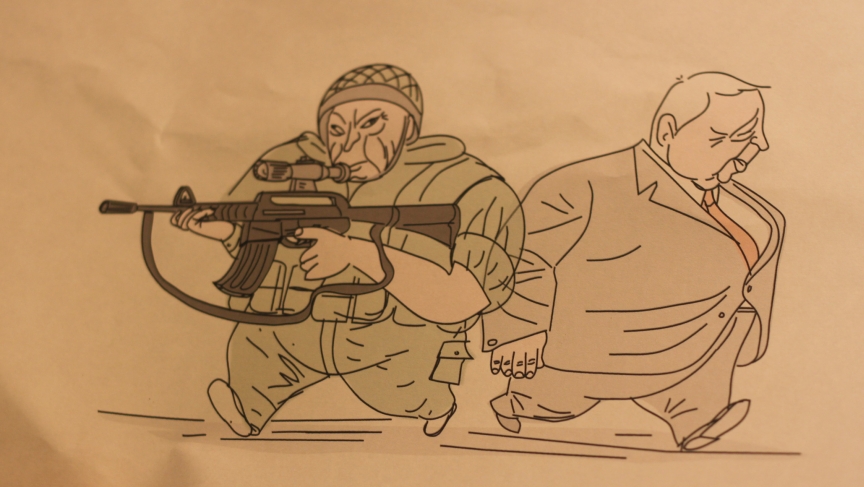 Former Israeli prime minister Ariel Sharon has been laid to rest. It was, of course, a solemn occasion, with formal eulogies and the kind of pomp and circumstance you might expect at a memorial of one of Israel’s most influential figures.

Which is funny, because Sharon is remembered in Israel as a man who disliked formality and ceremony. But it wasn't that Sharon was a sour, unhappy man. He smiled. It’s actually one of the things caricaturist Amos Biderman misses most about drawing him.

“When Sharon smiled, you see his eyes also. And you know that he is plotting something,” he says.

And Sharon did have a lot of surprises in store throughout the last chapters in his career. Biderman drew them all.

Biderman is a caricaturist for Israel’s leading liberal daily, Haaretz. One of his earlier caricatures of Sharon was when he was elected prime minister in 2001. It’s a drawing satirizing Sharon’s victory in the election. Sharon is a DJ at a party, with all the Likud members dancing. 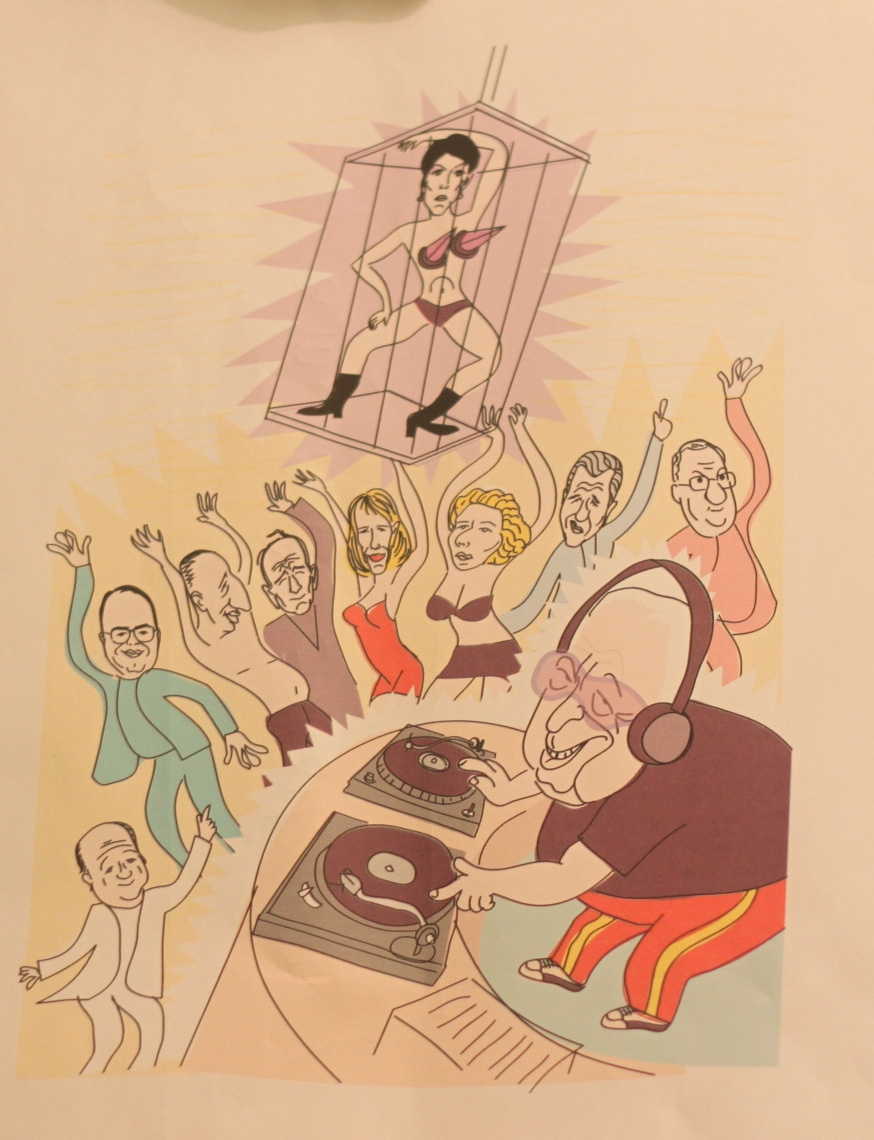 In another caricature, Biderman portrays Sharon with a toothy grin, a sparkle in his eyes — and a very large body.

“He looks here like the governor of New Jersey, [Chris] Christie,” says Biderman. “He’s fat! It’s fun. Arik Sharon is a present for illustrators. He is easy to draw. He is fun to draw. You only need to make a balloon, with a small line for white hair, and you have Sharon.”

Biderman calls himself a liberal hawk. He never voted for Sharon. But he had a lot of admiration for him. Biderman fought in Israel’s Yom Kippur war of 1973, in an artillery regiment connected to Major General Sharon’s brigade.

“In the evening, we used to listen to Arik Sharon on the radio talking to his commander in the field,” Biderman recalls, using another form of Sharon's first name. “We gain a lot of power out of this conversation. He was always cool, always give compliments to people in the field. Never give them a hard time. It was quite an experience.”

Biderman says Sharon made a “huge mistake” as defense minister during the 1982 Lebanon War — he was held indirectly responsible for a massacre of Palestinians at the Sabra and Shatila refugee camps. Sharon also pummeled the Palestinian territories in response to Palestinian bombings in Israel in the early 2000s. But Biderman praises Sharon for his heavy hand in stopping those Palestinian attacks — and also for his surprising and dramatic evacuation of Israeli settlers from the Gaza Strip.

“No one else in Israel, even if they want to do it, could do it. He used his extreme charisma, his extreme power, and he did it like that,” Biderman says.

Prime Minister Sharon suffered a stroke in 2006 that left him in a coma. When new elections were held, Sharon’s adversary, Benjamin Netanyahu, won.

“In my caricature, he woke up from his coma, for one minute, and he saw Bibi, and he called the nurse and said, can I have my sleeping pill?” Biderman says.

After eight years in a coma, Sharon died Saturday. Biderman’s colleague at the paper drew a simple cartoon of Sharon in a hospital bed, saying “Bye, everybody.”

Biderman says he’s glad he wasn’t working that day. He doesn’t like considering whether to draw something honorable for a late politician. He likes poking fun at them instead. He’s sad to see Sharon go, but he’s happy US Secretary of State John Kerry has been visiting Israel a lot lately, trying to bring peace.

“He has huge hair, big jaw, it’s very fun,” Biderman says about Kerry. “I wish him good luck and I wish he will stay here long time. It’s very fun to draw him.”